Broke; Inside the Bruderhof; Orange is the New Black

“A proper documentary made according to old-school rules: watch, listen and stay out of the way.” 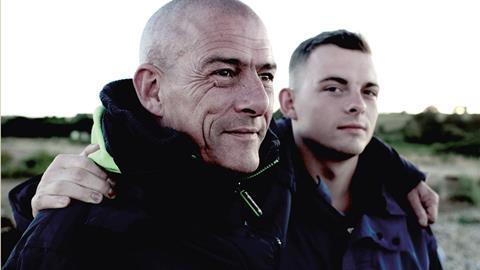 “A proper documentary made according to old-school rules: watch, listen and stay out of the way. Here was no talk of Brexit, no tut-tutting, none of the gawping or story-sculpting that marred Benefits Street.”
Jasper Rees, The Telegraph

“These moving portraits of 21st-century Britain benefited from having no voiceover: the films spoke for themselves.”
Carol Midgely, The Times

“Proper working blokes don’t often get a chance to have their say on TV. This dour series goes some way to redressing the balance.”
Christopher Stevens, Daily Mail

Inside the Bruderhof, BBC1

“The documentary’s inquisitive rather than inquisitorial approach led to some aspects of the group’s ideology being undutifully glossed over. What are these ‘restrictions on same-sex relationships’ mentioned only in voiceover?”
Lucy Mangan, The Guardian

Orange is the New Black, Netflix

“At times, brilliant, groundbreaking, explosive and devastating. OITNB has always been as much about social commentary as it is about the individual inmates, and the final season is no exception, with a strong focus on the very-current immigration issues which highlight the cruelty and injustice of the US legal system more than ever.”
Isabel Mohan, The Telegraph

“There are not many shows that can lay claim to changing the television landscape during their lifetime, but Orange Is the New Black (Netflix) is one of them… Its seventh and final season is easily the best and most self-assured since its debut … it is utterly true to itself, and Orange Is the New Black has always been that.”
Rebecca Nicholson, The Guardian

“One of the problems with creating a groundbreaking, multi-stranded drama series is how to end it when the time comes. Mad Men got it right. The Sopranos didn’t. Judging by the opener of its seventh and final season Orange is the New Black – equally deserving of a place in the Great US TV Drama pantheon – is going to bow out as sharp, powerful and blackly funny as it’s ever been.”
Jeff Robson, The i