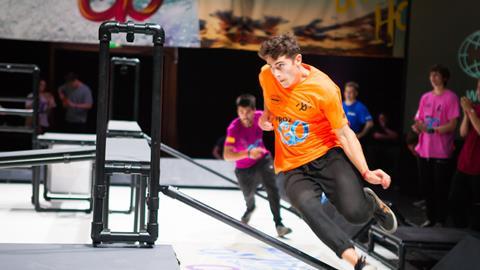 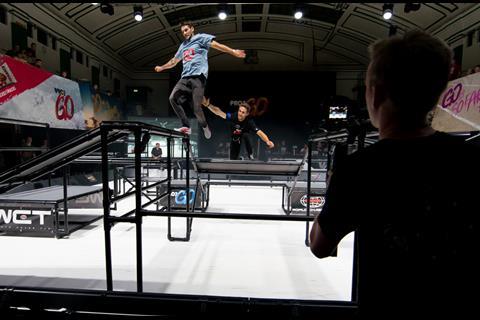 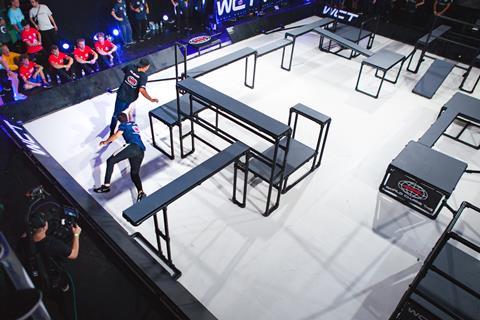 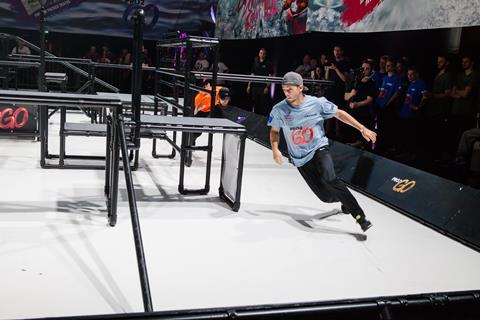 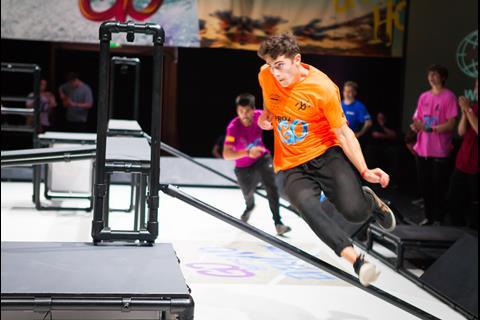 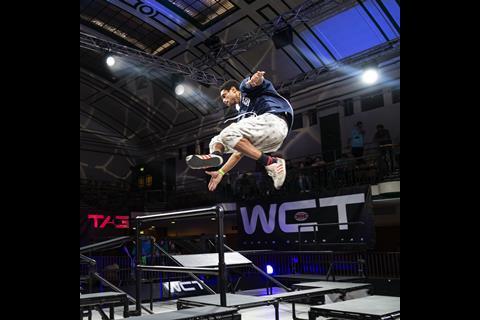 The 2019 World Chase Tag Championships are coming to British terrestrial TV for the first time next month, with Channel 4 showing highlights from the games.

The sport is based on the playground game of ‘tag’, and was invested by brothers Christian and Damien Devaux in 2016.

It’s gained a huge fan base since then, with 438K subscribers to World Chase Tag’s YouTube channel, and its video clips regularly picking up impressive viewing figures. A 7-minute clip from one of its recent tournaments (see below) has been viewed more than 27 million times.

Chase Tag is a two-player game with a chaser and an evader in an arena with various obstacles players can use to evade being tagged by their chaser. The chaser has 20 seconds to catch their opponent and prevent them from scoring a point.

The game appeals to professional Parkour athletes and free runners.

Sunset+Vine will produce the highlights show from the 2019 World Chase Tag Championships, which will be held in York Hall, Bethnal Green, London.

Andrew Preece, executive director, Sunset+Vine said: “Channel 4, once again, has demonstrated its commitment to bringing innovative sports programming to its screens. World Chase Tag is yet another example of how the broadcaster is supporting a new for TV format that has real potential to become cult viewing for existing and new audiences.”

Mike Brosnan, executive producer on the production at Sunset+Vine, added: “Channel 4 immediately recognised the potential and wanted to be the first in the world to bring it to a TV audience.”

The 2019 World Chase Tag Championships will be held this weekend. Channel 4’s highlights will TX on midnight Wednesday 18 September.