Carnage - Swallowing the Past, iPlayer

House the offline edit and complete picture and audio post-production 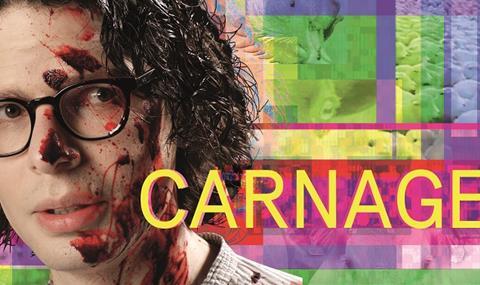 Brief House the offline edit and complete picture and audio post-production on a feature length comedic film about veganism.

How it was done Adam Dolniak completed the grade using Baselight, creating different looks for each era in the film.

Set 50 years in the future, the utopian world was made to look heavenly using sun flares and light leaks.

Lens flares and glow effects were tracked and rotoscoped onto the futuristic wearable tech using Boris FX and Mocha.

Watch it On BBC iPlayer from 19 March