Joe Lycett is to host a ’queer-themed’ live festive special for Channel 4, Broadcast can reveal. 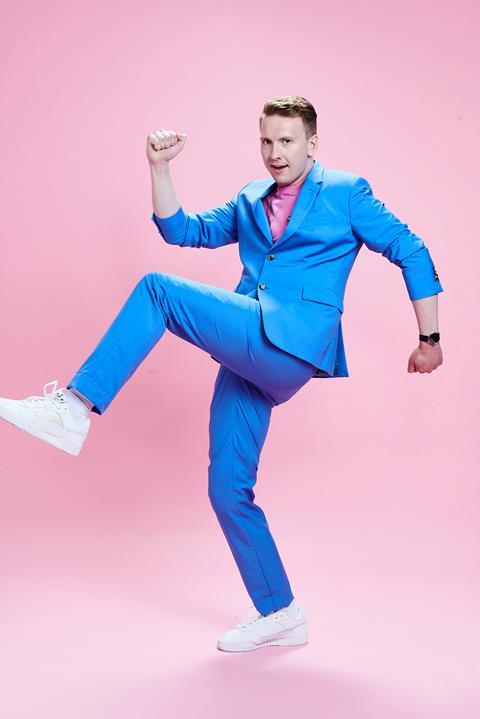 The Joe Lycett’s’s Got Your Back star has reteamed with Rumpus Media for Live Joe Lycett: Mummy’s Big Christmas Do! which will be filmed from his Birmingham hometown.

The 90-minute show will feature special guests, musical performances and stand-up comedy, with the specially-invited audience made up of LGBTQ+ icons, allies of the LGBTQ+ community, and local heroes.

“Queer creativity outside of London is the most exciting it has been in years and I can’t wait to introduce Channel 4 viewers to our colourful and anarchic world, with some silliness and a few laughs thrown in,” he added.

Mummy’s Big Christmas Do! will air over the Christmas period.

Rumpus is co-producing with Lycett’s production business My Options Were Limited, with Emily Hudd and Iain Wimbush exec producing.

The special was ordered by C4 head of entertainment and events Phil Harris, with commissioning editor Steven Handley.

Harris said: “Joe Lycett is undoubtedly one of the UK’s best comedic talents and a key Channel 4 face.”

Handley added that he is planning a “smorgasbord of campery and Joe’s trademark mischief”.