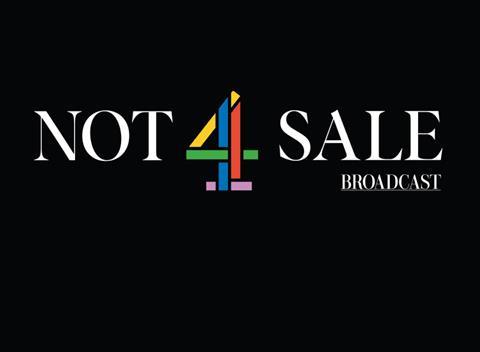 Six major trade bodies have joined Broadcast’s Not 4 Sale campaign against the privatisation of Channel 4, as the number of indies on board approaches 140.

Bectu, Directors UK, the NUJ, Welsh indies trade body TAC, Women in Film & TV and the Writer’s Guild of Great Britain have added their names to the pledge, which argues that a sale of the broadcaster into private hands would not benefit audiences or the creative sector.

The signatures from Phillipa Childs (Bectu), Andy Harrower (DUK), Michelle Stanistreet (NUJ), Luned Whelan (TAC), Liz Tucker (WFTV) and Ellie Peers (WGGB) join those of the bosses of almost 140 production companies from an array of super-indie groups and true indies, spread across the UK and representing a wide range of genres.

Yesterday, Ricky Gervais posted a message to his 14m Twitter followers that he disagreed with a sale.

“For almost 40 years, Channel 4 has been a launch pad for new ideas and new talent. It’s been able to do that because of its remit and not-for-profit structure and it would be a real shame if that was destroyed by selling off the channel,” he wrote.

Channel 4 sees ‘no evidence’ for sale

Elsewhere, the president of the International Paralympic Committee Andrew Parsons pointed to the “integral role” C4 has played as a “standard bearer” of the games. In a letter published in The Times today Parsons said C4’s investment is a “UK soft-power success story”.

“As the government considers the future of public service broadcasting, I would urge it to ensure that any changes to C4’s model do not harm its ability to support the Paralympic movement,” he said.

Indie trade body Pact has begun urging its members to write to their local MP clearly outlining that they and the production sector do not support the government’s plans.

It launched its 4 The Future push via an email from chief exec John McVay in which he noted the unique role C4 plays in the UK’s £3.3bn production sector.

“We believe the sale of C4, and any change to its remit, would have drastic implications for the UK’s world-leading independent film and TV sector, impacting businesses and the many thousands of jobs created and sustained across the UK.” 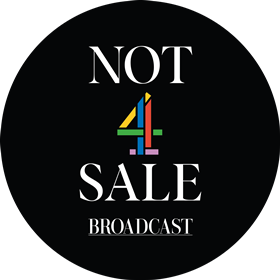