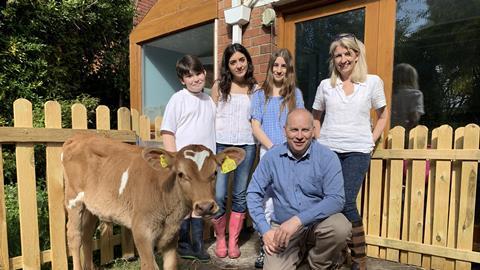 Our attempt to bring warmth and pathos to a potentially dry subject was a steep learning curve for all of us - man and beast, says Juliet Rice 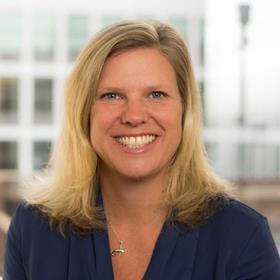 When we started production on Meat The Family, nobody was under any illusion that it was going to be free from controversy.

When I first heard the top line – four farm animals go and live with four families and after three weeks, the families decide whether to give up meat and save it from slaughter or carry on eating meat and send it back into the food chain to its eventual death – my first reaction was: ‘Brilliant, brilliant idea’. My second? ‘Oh shit, I have to actually make that!’

Meat The Family absolutely hits the zeitgeist head-on. What are the ethical implications of eating meat, to what extent do we associate meat with an actual animal and how intelligent and sentient are the animals we love eating? What about our health and the health of the planet? And what should we all be doing about it?

The series roots this big moral and complex question via the experiences of four British families as they care for their animals and learn about their journeys from birth to death. 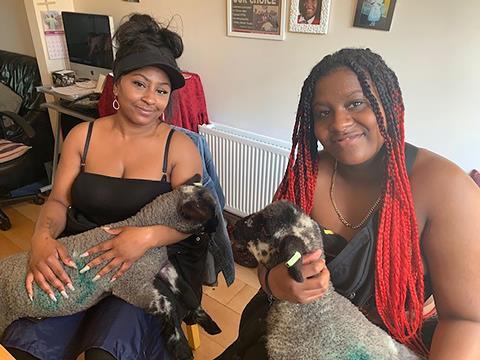 The families bring warmth and relevance to what can feel a dry subject matter – and the looming decision they have to make brings an extra layer of pathos to all the scenes.

From the off, the whole team felt a huge responsibility for our potential contributors. Series producer Charlotte Davis and the casting team spent a good deal of time ensuring that our families really knew what they were letting themselves and their children in for. And that care for them became my priority throughout production.

It was a big ask. We knew that we wanted the four families to drive the story, both in terms of their relationship with the animals in their care but also in delivering the complex arguments for and against eating meat.

We were always mindful of getting the balance right between a series with some factual entertainment sensibilities and a gripping emotional storyline alongside watertight specialist factual content.

As casting began, we got down to thinking about the animals. And my goodness, we had a steep learning curve ahead.

As we began to approach organisations for support with the series, we knew it was always going to create debate and some disapproval.

The first few weeks of production involved lots of meetings with our consistently supportive and brave commissioning editors Jonah Weston and Nicola Brown to set out the parameters for the care of our animals and addressing some of these concerns.

We wouldn’t have been able to set these parameters without the help of an animal compliance and welfare expert, whom we hired to be a guiding hand throughout production.

The animal welfare layer of the series was so enormous we had to hire extra production staff to focus exclusively on them.

This involved everything from sourcing the animals to their transport, to licenses, to husbandry, to the experts on the ground, and the care the animals needed post-filming and pre-slaughter. 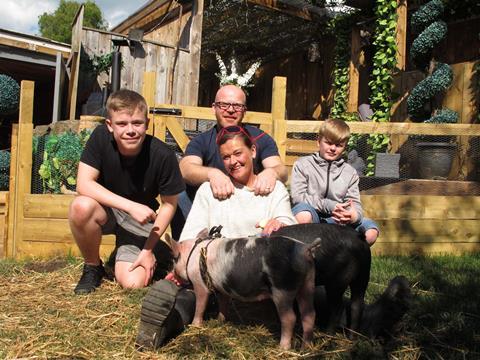 Every filming day bought a fresh challenge and some very extraordinary calls from location.

From “we think the pigs have got mange” to “we think one of the chickens is dying”, the old adage ‘never work with children or animals’ felt tailor-made for this series. And by the way, the pigs and chickens were fine.

Over three weeks of filming, a PD and shooting AP essentially filmed observationally full time with the families, all of whom had school commitments and work commitments so scheduling was often challenging.

Each family also carried out a number of research trips to learn more about their animals, which ranged from meeting Moritz the wonder pig in Berlin to discovering how clever pigs are, to enjoying nose to tail (including brain and testicle) eating in Barcelona and visiting various farming systems, including a mega farm in Nebraska and an intensive chicken farm in the Netherlands.

At the start, we were not sure where the balance would sit between the home life material and the more specialist factual content.

What was really gratifying when the rushes started to come back was that we knew our families were absolutely nailing it. They were compelling, thoughtful, surprising and funny.

It felt really fresh seeing families visiting factories and farms and both reacting to what they were seeing viscerally as well as being thoughtful and informed about the subject. And the home footage was touching and funny.

We put in a filming framework for the families but very often how their reactions were the opposite of what we expected to happen. They kept us on our toes throughout.

I can think of no better tribute to the animals featured in Meat The Family than if their story reignites the national debate about the rights and wrongs of meat eating and the ways in which animals are farmed and processed.

All of our families and indeed the team have adapted their meat-eating habits and most are now eating sustainably sourced meat - just less of it, as obviously that doesn’t come cheap.

Never before has a project jangled my brain cells and tested my judgement in getting the tone right, but thanks to a resourceful and talented team, it was also the most fulfilling.