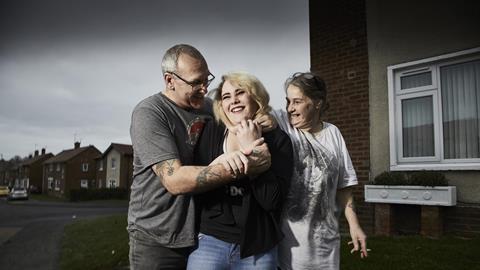 Due to the amount of time they take to make, documentaries can often struggle to feel as timely as we might like. Where, through fast turnaround techniques like those employed so successfully on Hospital, someone manages to overcome that, the sense of getting both the rich and textured content of a good documentary, coupled with the immediacy and relevance of a news or current affairs piece is a powerful one.

With the introduction of Universal Credit - the biggest and most controversial upheaval of the benefits system since it was introduced - we were really helped by the fact that we were in from reasonably close to the start.

Channel 4 saw that in backing a series on the subject early. We had the potential to make something reasonably long-form to tell proper unfolding narratives, that nonetheless could hopefully still feel newsworthy and current as the story we were telling continued to grow in prominence, and with the government announcing changes to the new system and a scale back of the next stage of rollout.

Documentary can, does, and should include unflinchingly honest, difficult, personal and highly emotional moments. That’s the point of it. But it’s the intention and purpose of those moments, and the context in which they sit, that determine whether their inclusion feels warranted – both to the contributors who have shared them, and to those watching. I believe we’re firmly on the right side of that line.

On the ground, interestingly, such concerns felt largely unimportant. People in the town, claimants and otherwise, were often highly engaged with the issue and aware of the impact it was having. 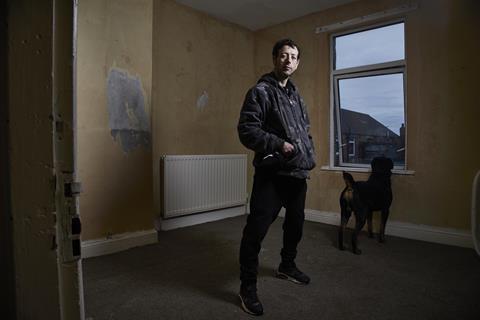 The fact that we were there to explore a timely issue that people really cared about meant plenty of people were keen to share their experiences.

Not everyone may have wanted to take part, but they fully understood why we were making the series, and why a documentary series exploring the issues was a worthwhile endeavour.

People we met understood well before we started speaking to them that they were experiencing first-hand a genuinely fundamental shift in the way our country deals with some of the most needy and sometimes vulnerable members of our society. They readily understood that their experiences as some of the first people to live with the new system were important.

Trying to set the experiences of the people we filmed in their all-important context was not without problems. The intricacies of the Universal Credit system, and the ways in which it differs from the old system it replaced, were important, but far from straightforward to convey.

We also wanted to find a way to include a wider variety of local voices and perspectives than a typical film might allow for. Using interstitial ‘chorus’ sections, we tried to transcend the standard vox-pop and create a space in which we have hopefully been able to deliver characterful context and a vital counterpoint.

Simplicity of form often feels key to a powerful film but though we had already put ourselves in the position of juggling more structural elements than might naturally lend itself to achieving that, it became clear as the edits went on (and they did) there was another perspective that we couldn’t afford to leave out: the politicians.

These changes were based on a central Conservative philosophy that people do best when empowered to make their own choices and decisions, to bear the consequences of their own mistakes.

As Ian Duncan Smith, Universal Credit’s architect, put it to his party conference, “people respond to incentives, we know that, we know that in our hearts, they take opportunities, they adapt to a changing environment”.

This belief drove the changes to the benefits system that created universal credit and the experiences of the people of Hartlepool should therefore be explored against it.

Juxtaposition is one of the great tools of filmmaking and the ability to set political rhetoric in Westminster alongside real, lived experience in Hartlepool has hopefully allowed us to explore some of the background to the changes and the ways in which people’s everyday lives are inextricably linked with, yet also utterly disconnected from politics.

The hardest thing by far was trying to find a tone that could engage a broad audience in the story of what was happening in the town, and to engage them enough that they might stick with the sometimes complex detail of how the new system worked and why – without shying away from the stark and sometimes truly shocking reality of the lives of some of the people we filmed with. I hope we got close.