A new twist on a cult classic 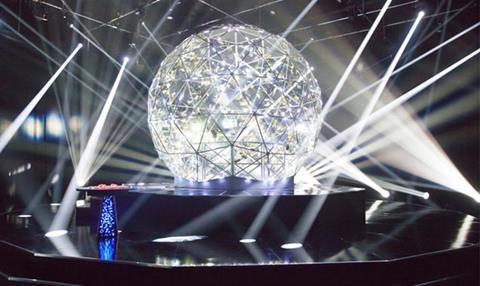 When Channel 4’s cult gameshow The Crystal Maze returned last year after a 21-year absence, it received a warm welcome.

The Office co-creator Stephen Merchant stepped into former host Richard O’Brien’s shoes in the big-budget celebrity special for the channel’s Stand Up to Cancer (SUTC) fundraiser, even shaving his head in homage to the original presenter.

The special reeled in a consolidated 4.3 million viewers and produced a 15% spike in the number of 16-34s watching the channel.

Interest in the show had been stoked by the Crystal Maze Live Experience in London’s King’s Cross, with groups of players taking on the maze away from prying TV cameras. The experience has proved so popular that a second one was recently opened at Manchester’s Granada Studios.

For C4 head of live and events Tom Beck, the demonstrable youth appeal was a key factor in bringing back the show for a full 20 x 60-minute series.

“We were blown away,” he said at the time of commission. “We were worried that it would only attract viewers of the original series, but the number of young viewers was huge.” 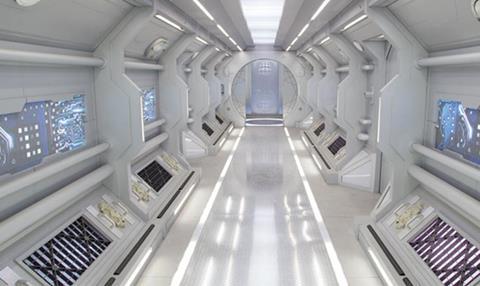 Keeping, and potentially growing, this audience meant evolving the format beyond the SUTC special, which had been constructed as an intentional nod to the past. Updating a show so defined by the past was a tough challenge for Banijay UK indie Fizz, which produced last year’s special.

The Crystal Maze ran from 1990 to 1995 and feels intrinsically part of the ’90s, from its synthesised opening theme tune to the final challenge in which the contestants had to pretend to catch the golden tokens because the fabled fans didn’t actually work.

“Nostalgia wears off very quickly,” says executive producer Neale Simpson. “The show needs to work for a new audience that is far more demanding and sophisticated than 26 years ago.”

The fundamental pillars of the show are unchanged: the four zones (Aztec, Medieval, Industrial and Futuristic) and the Crystal Dome are all present and correct. But the sets and games had to be designed and built from scratch.

Led by producer Anna Kidd, who has created games and challenges for genre-bending formats such as Release The Hounds and Celebrity Big Brother, the team first consulted the trio who devised the original games: David Bodycombe, Malcolm Heyworth and David G Croft.

They then watched all 83 of the original episodes before getting down to the task of creating 60 entirely new challenges, each lasting two to three minutes.

Stepping up the pace

Simpson says the team wanted to preserve the spirit of the games while making them fit the pace of modern TV.

“Three minutes has to work a lot harder now and the games we have created deliver surprising and different outcomes every time they’re played. You want games that are difficult for teams. You want lock-ins.”

The SUTC special was filmed in the Live Experience last year on the one day when it wasn’t booked up. Clearly, it would not be able to sustain the longer run, so the team set up home in Bristol’s Bottle Yard Studios.

When it came to the “daunting” task of designing and building the 30,000 sq ft set, they immediately reached out to the creator of the original maze, James Dillon. After presenting his pencil-drawn plans for the original show, Dillon insisted he undertake the challenge himself.

“Each of the four zones was built separately off-site and came with its own unique issues,” says Simpson. 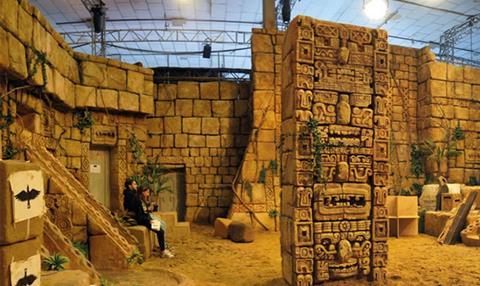 While Aztec and Medieval are similar to the originals, the team found “a new love” for the Industrial Zone, which “looks so imposing and more involving than before”.

Nothing dates as much as a set called the Futuristic Zone, which Dillon completely reimagined for 2017. The result is a sleek, mostly white set with a silver crystal-adorned door that opens to reveal an illuminated tunnel decked out with control panels, with players briefed on a spinning floor that revolves around the central spaceship console.

The other area of major reinvention is the Crystal Dome. “While all the zones come with a defined visual look, the original dome was very much a product of its time,”

Simpson says. To bring it up to date, lighting designer Gurdip Mahal collaborated with Dillon to create a dome covered in LED lights programmable in all colours and any animation style. “And the fans work,” Simpson adds.

Changes were also made in casting teams for the show. Group sizes were reduced from six to five to give each individual more air time and, in contrast to the original, an emphasis was put on finding organic, pre-existing teams. In the old version, team members only met each other the night before filming. 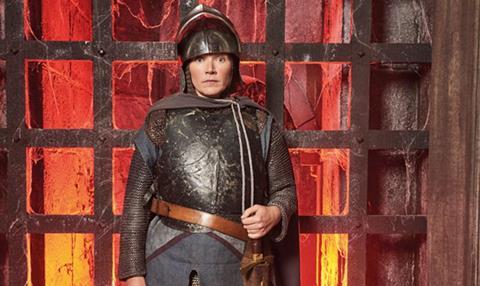 Fizz sifted through more than 5,000 applications to cast groups “who came with their own story” – friends, families and co-workers. “We’ve cast some fantastic characters who help make each episode feel unique,” says Simpson, who promises an AC/DC tribute band and a deaf team among those in the mix.

But perhaps the biggest transformation is in the choice of the Maze Master himself.

Rocky Horror Show creator O’Brien, who hosted the original run from 1990-1993, became synonymous with the show, from his leopard skin fur coats to his harmonica, while his successor, former punk rocker Edward Tudor-Pole, brought his own swashbuckling swagger to the later series.

After Stephen Merchant made it clear that he would not commit to a full series, the team was determined to find a presenter with their own quirks and eccentricities to complement the refreshed tone of the show.

“We wanted someone with a strong and unique personality, but we also wanted to avoid someone who felt like they were an obvious imitation of Richard O’Brien,” says Simpson.

Enter Richard Ayoade. The writer, actor and director, who found fame in C4 sitcom The IT Crowd and has since lent his dry wit to C4 formats Gadget Man and Travel Man, was both C4 and Fizz’s first choice.

With a selection of tricks up his sleeve – literally, as he employs a detachable wooden arm to greet teams – his unique character is, Simpson says, “an acerbic, exaggerated version” of Ayoade’s persona.

“He’s formidable, quick-witted, surprisingly energetic and brings a completely different take on the role of the Maze Master.”

While the mystic Mumsy is not returning, alongside Ayoade are some well-known British comedy talents in cameo roles. Adam Buxton joins as Jarhead, a disembodied head in a jar in the Futuristic Zone, while Jessica Hynes plays a medieval knight at odds with Ayoade.

MY MOST MEMORABLE MOMENTS 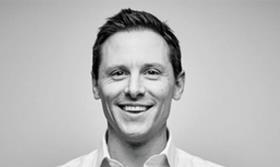 2) A game we call Planet Walk played by someone so hapless I’d lay money on them becoming a YouTube sensation.

3) Richard Ayoade signing a welcome to an all-deaf team at the top of the show.

4) Showering the entire Industrial Zone with snow for the Christmas special.

Alongside casting the Maze Master and getting the redesign right, the team focused on the finer points of production. “We had to update all the little things that ultimately make the show look and feel of the moment,” says Simpson.

The ’90s synthesised theme tune had to go, so Zack Laurence, creator of the original track, teamed up with composer Marc Sylvan to re-record the music with an orchestra. The graphics were revamped and designer Simon Carter set to work on creating outfits for Ayoade and the teams.

The result everyone is hoping for is that younger viewers come in their droves to watch the revamped show, which kicks off with four celebrity specials.

“The many changes we’ve made were all intended to retain the magical and mischievous spirit of the original without being hamstrung by feeling that we had to stick to anything that just wouldn’t work today,” says Simpson.