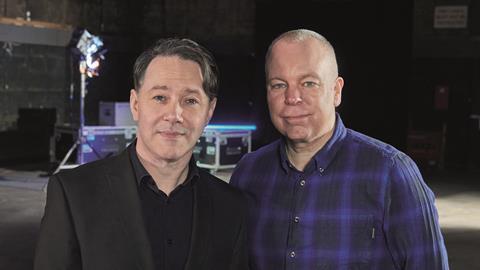 Inside No 9: mini films on a panel show budget

Sometimes necessity really is the mother of invention.

Had it not been for budget constraints on Reece Shearsmith and Steve Pemberton’s BBC2 series Psychoville, there would be no Inside No 9. Having effectively produced a real-time, single-set ‘bottle episode’ as a homage to Alfred Hitchcock’s Rope in the former series, the spark that ignited the anthology format was lit.

The pair are reminded of this as they speak to Broadcast after a South Bank Show panel session with fellow writers Heidi Thomas and Jed Mercurio. The latter’s assertion that interrogation scenes are more electric than car chases resonates with them both as they ponder the ingredients of a successful Inside No 9 tale.

“If you go back to basics, it’s about storytelling: one location; a small group of characters forced together,” says Pemberton. “It’s made our writing more rigorous.”

The 30-minute, self-contained stories – of which there have been 25 to date, with another six on the way – are chamber pieces with casts of between three and 12 actors, including the creators, who take on roles of various prominence. 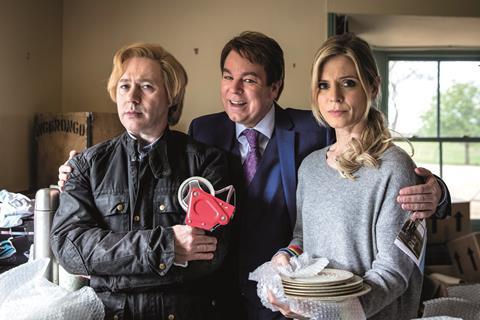 “It is patently unfair that comedy is the poor cousin. It came to the fore in the last series, when we did feel the pinch. We did find we were thinking about budgets in ways we hadn’t before.”
Steve Pemberton

Pemberton and Shearsmith’s tone – playful, witty, at times dark and macabre, at others steeped in pathos – runs through the gamut of genres from high farce to gothic horror and bleak domestic drama.

But what separates them from Thomas or Mercurio is that whether their stories set out to make people laugh, think or be scared, they all come under the comedy umbrella – and a comedy budget.

“It is patently unfair that comedy is the poor cousin,” says Pemberton. “It came to the fore in the last series, when we did feel the pinch. Netflix and other streaming services are investing heavily in programme-making and prices are going up. We did find we were thinking about budgets in ways we hadn’t before.”

But, rather than “spending hours and hours whining about it”, they instead channel their energy into embracing the smaller scale without sacrificing ambition.

“We’re not asking for all the money in the world, because you could end up with a very empty, soulless, expensive-looking folly,” he adds.

Yet, as Shearsmith notes, making something feel cinematic “for the same money as a panel show” requires everyone to up their game. “In effect they are all bottle episodes but that is, in its own way, expensive because you’re not doing six stories in one set over a whole series,” he adds. “You can think of an idea that would be cheap to do, but you don’t want it to look cheap.”

Pemberton reveals that one episode in the upcoming fifth run consists primarily of the two actors in a car.

“I like to think we will adapt to whatever circumstance we’re in – we’re very understanding of production limitations and will try to weave them into whatever stories we do,” he adds.

He admits a couple of scripts deemed prohibitively expensive still languish in a drawer in the hope of either recalibrating their scale or the reception of a windfall to realise them.

Anthologies were once a hard sell to commissioners but are now in vogue, from Netflix’s Black Mirror and Love, Death & Robots to CBS’s Jordan Peele-fronted reboot of The Twilight Zone, and the duo are watching the trend with interest. 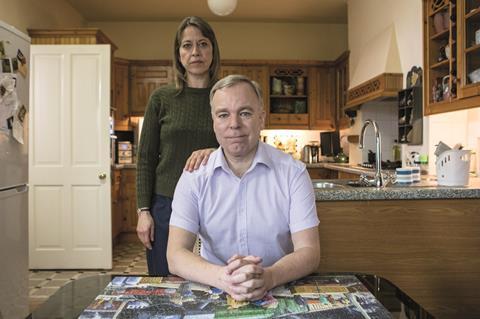 Shearsmith notes that producers were once wary of the format, as a different set of characters each week may not hook an audience. Now, “the bite-sized chunks of a quick-fix beginning, middle and end” are “quite appealing”.

He warns that anthologies need to be imbued with their own personality, and rules out bringing in third parties to write for Inside No 9.

A constant in the pair’s careers is executive producer Jon Plowman, who has supported them through The League Of Gentlemen alongside Mark Gatiss and Jeremy Dyson and then on Psychoville and Inside No 9.

Shearsmith smiles as he calls Plowman “our champion in the room whenever commissioners are saying, ‘We don’t want this’.”

Together with Paul Jackson and the late Geoffrey Perkins, they credit Plowman with saving The League Of Gentlemenfrom cancellation almost 20 years ago.

“They’ve been powerful allies, great creative producers who weren’t trying to reimagine us in their image but to be the best that we could be,” says Pemberton. “That’s why we’ve worked with Jon ever since.”

Pemberton and Shearsmith’s path to screen followed a traditional model of honed live show, to radio and then TV. While this path still exists, they’re interested observers of the vogue for ‘micro pilots’, praising BBC3’s short-form show Ellie & Natasia and Channel 4 sitcom Home, which started life as a Blaps short.

“Table reads used to be in vogue and they were deadly, as they’re not really a good barometer of what was going to work,” says Pemberton. “Getting to do your own visual interpretation of what you want to do is a good idea.”

But, he says, it’s still better to have the hand of someone in the Plowman mould to hone ideas before they are offered up to the public. “I want someone to take a risk and say, ‘I believe in this; I think this person is great and I will support them,’” he adds.

“Some of these ideas will fail, some will find a bigger audience and some will become cult classics. Very few will fail full stop, but you’ve got to try or you’ll never learn anything.”

“We wouldn’t want to do anything where the audience could level at us that we’ve done it before and that we’ve wrapped it up differently but it’s essentially the same. The element of surprise is a key part of what people like about it. And they’re onto us.”
Reece Shearsmith

Though, as elder statesmen who have earned The South Bank Show treatment, the duo admit their attitude to modern formats might just be them getting older.

“It is part of how our children watch TV now – via clips,” Pemberton acknowledges. “A show will be launched on whether it can create a good five-minute section that can drive people to it, and that’s a very alien concept to me.”

So, where do two writers of half-hour plotted comedy fit into this, particularly when their seemingly loose format relies on the power of surprise?

“It’s getting harder,” admits Shearsmith. “We wouldn’t want to do anything where the audience could level at us that we’ve done it before and that we’ve wrapped it up differently but it’s essentially the same. The element of surprise is a key part of what people like about it. And they’re onto us.” 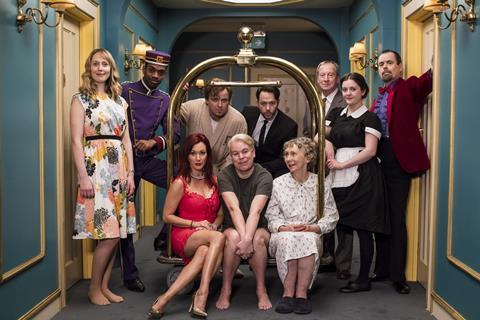 Constructing these twisted tales is a looser affair than the meticulously crafted end results might appear. The starting point could be a conversation, or something they saw that inspired them – or an idea they kicked into the long grass several years previously.

“There are episodes in the fifth series that are ideas we’ve talked about from series one and two,” says Pemberton. “Sometimes it’s not the right time and you can’t find the right look for it.”

Shearsmith adds: “Maybe an idea from one thing will find its way in to become the end for another story. You chop and change, and a Frankenstein’s monster of little pieces can emerge that gives you a surprising way of looking at it through a new lens.”

Sometimes it can simply be reacting against what’s come before or breaking rules, whether writing in iambic pentameter for series four episode Zanzibar (left), going live in last year’s Halloween prank or one intriguing-sounding episode that hasn’t yet aired.

“I remember saying to Reece, ‘I’m sick of these Inside No 9’s; let’s write something that is totally the antithesis of them,” says Pemberton. “We’ve done that in the new series through a really interesting episode.”

Shearsmith teases: “It’s great, because it’s not what you think it will be at all.”

And Pemberton concludes: “As long as we can keep doing that, the show’s limitless.”