Apprenticeships can ease the headache of talent schemes

I remember saying this to my Mum when discussing TV distribution as an option, after months of searching for an apprenticeship in the TV industry.

As I’d never heard of TV distribution, I immediately assumed it was selling actual tellies! In my defence, I was only 18. This year, I’m celebrating five happy years in that very TV industry, and what an eye opener it’s been.

I’d hoped that the performing arts course I’d started in Sixth Form would be a route in, but it was much less the directing and scriptwriting I’d been hoping for, and more the jazz-handed aspirational world of fixed grins and self-obsession. So, I left to go back to the drawing board while working in the local chippy.

Unknown to me at the time, I had been serving my future boss Paul Heaney his large cod and chips as I explored TV opportunities in my downtime.

I’d looked at all the schemes and initiatives from the big companies, but with each one demanding multiple-page applications – many of which weren’t even acknowledged, let alone rejected – I had to be disciplined with my time. Especially when working double shifts, head-to-toe in grease.

“Unknown to me at the time, I had been serving my future boss Paul Heaney his large cod and chips”

Back then, it felt finding a TV apprenticeship was very ‘needle-in-haystack’. I attended countless apprenticeship fairs but again, there was nothing in TV.

I also felt apprenticeships meant working with tools or earning yourself a trade. Looking back, I suppose that’s essentially what I have done.

Through now-defunct diversity-oriented arts organisation NXG Group, I found TCB Media Rights and its call for an apprentice to come and learn all about TV distribution and begin a new career.

When I’d finally understood I wouldn’t be on the Curry’s shopfloor, and after getting my head around the dizzying range of micro roles in the TV industry (a tenner to anyone who knows what a data wrangler is), I checked out TCB’s website and thought I could bring something fresh.

I admit that I hadn’t prepped for the interview in the way I would’ve liked to, but as soon as the process began – an exploratory conversation rather than an inquisition – I relaxed and explained how I’d brought initiative to the chip shop by starting a cleaning rota, because I couldn’t bear the chaos. That comment seemed to swing it for me.

By the time I left, I’d fallen in love. It was a breath of fresh air after a long, painful process, and I had a good feeling. This continued into the role.

“Put in the graft, go above and beyond, and approach all tasks with the attitude that nothing is beneath you - because when you’re on a team, nothing is”

At TCB, I was offered an open forum to discuss how we might do things better, not told what I should be doing. With the support of my team, I kept asking for more challenges and they’ve been given to me. Gaining trust has allowed me the confidence to use my own initiative, blissfully free of micromanagement.

Following Paul to his new company BossaNova, I’ve been tasked with ‘owning the brand’. This has involved overseeing our live Development Day last month, where we had over 70 buyers, 40% up from last year, presenting some 130 projects. We had more European buyers registered than Mipcom.

This feels a long way from the cleaning rota at the East Sheen Chip Shop.

To potential apprentices out there, please keep looking. Be prepared to put in the graft, go above and beyond, and approach all tasks with the attitude that nothing is beneath you - because when you’re on a team, nothing is. This also stops old people from whingeing about Millennials and Gen Zs who think the world owes them something for nothing. 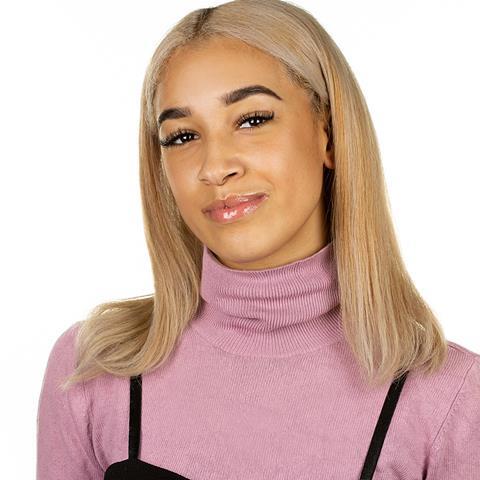 To potential employers: hire an apprentice. Put the work in, because the benefits of a homegrown staff member are massive.

What might I change about this industry? As a person of colour, I’d still like to see a few more people like me, but please don’t force it – we really can tell.