The power of sports reporting

Comment: covering sporting events is a privilege but its superstars have the power to do much more good if they approach the media cleverly, writes Jordan Jarrett-Bryan

Overpaid. Privileged. Removed. Some of those common tags used to describe Premier League footballers are arguably fair and correct, but when talking about someone like the Manchester United striker Marcus Rashford, who combines his humanity with his high profile, perceptions are turned on their head.

It’s that point where ‘sport meets news’ that, as Channel 4 News’ sports reporter, I really get interested.

Last spring, Rashford very cleverly coerced the government into a U-turn on its policy on free school meals. Ministers had decided to stop providing free school meal vouchers during the summer, but Rashford, who has spoken openly and honestly about his own reliance on receiving free school meals when he was younger, raised £20m himself to supply three million children with meals at school.

That work, alongside pressure from him on the government to reverse its decision, forced Boris Johnson and his team into one of many U-turns in 2020.

Don’t underestimate how big a moment this was. Marcus Rashford effectively forced the British government to change a national policy. That’s work the opposition is struggling to do.

But it wasn’t just that he got them to make the change – it was how he did it.

Firstly, Rashford was already supporting charities who help families struggling with food poverty. Because he’d already done the work, he’d amassed credibility on this issue and with or without the government was changing the lives of millions of children.

“Don’t underestimate how big a moment this was. Marcus Rashford effectively forced the British government to change a national policy”

But the other thing he did was use the national media and social media – subtly and brilliantly – to corner the government. He didn’t rant, blast or criticise or even politicise the issue. He posted a few simple tweets highlighting the problem, what he’d done and what he’d like the government to do. With the media and British public now behind him, it then became very hard for the government to ignore his work.

Rashford rarely does interviews, even within sports media, but he popped up on breakfast TV, on the BBC and Good Morning Britain. He had appeared on two of the biggest news shows in the country and politicians watched.

This allowed the opposition to come alive and mobilised its politicians, who took on the cause, and this was also at a time when the government needed an easy win. Heavily slammed for its handling of the pandemic, changing its mind on this policy was something on which Rashford pounced.

Rashford isn’t the only athlete we’ve seen use media to make change. We all know about Muhammad Ali’s quick tongue as well as his quick fists, but what we don’t talk about is how he used the media to empower many black people. How did he do it?

Ali recognised that media loves personalities and was happy to be that figure to get across a more serious message of identity. He used his personality, popularity and profile to make black people understand who they were, what their worth was and that they didn’t have to fight in a war in which they had no business fighting.

Serena Williams has also gone public on a number of social issues, from racism to gender pay, but it was her experience of giving birth that really forced international and uncomfortable conversations.

Black women in America were five times more likely to die during labour and Williams herself had a traumatic childbirth that almost killed her. Williams gave several interviews where she spoke about the need for medical institutions to either better understand the human body or diversify their workforces.

Lebron James, the US basketball star, is using many of his pre and post-match interviews to talk about the racial injustices that are happening in the US. He’s founded ‘More Than A Vote’ – an initiative to make the black community less passive about the upcoming election and understanding why it’s important to go to the ballot box.

He’s also been very selective and strategic about who he’s been doing interviews with, because he’s very aware of how news and audiences work and the impact that can be made if you get it right. 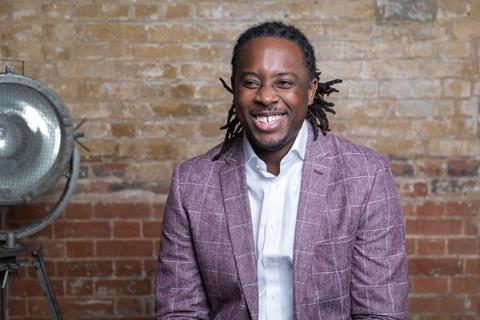 Covering World Cups and Paralympics is more fun than you could ever imagine, but I equally enjoy speaking to Gary Lineker about how football can play an important role in applying pressure on our government to reconsider its policy on migrants coming into the UK.

That breath of sports stories is what makes sport at Channel 4 News unique.