Giving writers the space to portray ourselves authentically on screen will be life changing for so many people, says Furquan Akhtar

I was recently having a conversation with one of my friends about diversity in TV when she asked me… “When was the last authored drama by a British South Asian writer?” and I’ll be honest my mind drew a complete blank…

So, I took to Google and asked colleagues (just in case my love for television had let me down), and found that I wasn’t the only one at a loss. Even in scripted comedy I can only think of one recent show that is written entirely by a South Asian writer.

Of course, it’s not as though this is news to me. I’ve been working in TV for over a decade, and I am aware that there are so few people who look like me when I walk into meetings or rooms. 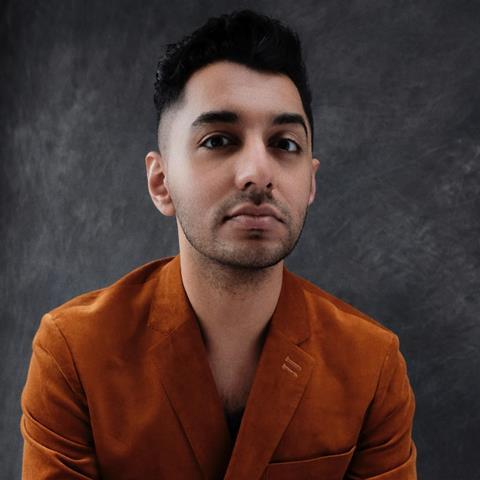 It’s something that I am vocal about, but for a long time - and to be frank - because of my own insecurities, it didn’t feel like I could talk about these issues openly. I didn’t want it to seem as if I sounded bitter. But there’s also a moment when you just feel like saying sod it - this isn’t good enough.

Often Twitter is where I voice these thoughts and sometimes (read; often) this gets me into trouble from trolls. Contrary to what my friends think, I have started to spend less time on there as a result. Now I’ll pop on to say something I find funny and try to channel this energy into my work rather than the bird site.

This is for a couple of reasons really; being the angry Muslim man on Twitter can often bleed into real life, and your reputation can precede you before you go into meetings. It creates a culture of fear. Like you’re a troublemaker, or that you’ve upset someone by stating what is quite simply the truth. If I’m honest, it’s a concern I had before I started writing this blog, but such is the life of a freelancer.

I was also hoping that by getting to a place where I could begin to “let down the ladder” after me, I could encourage and champion the work of brown creatives who are missing from the television landscape. I feel like I am getting there with the latter and that’s because I am incredibly fortunate to be working on shows that have allowed me to tell stories as a Brown writer.

Our stories are needed. I started as a trainee on a scheme at Coronation Street. It was an invaluable training ground for me because I read everything that I could but I was well aware that in a huge machine that my voice could get lost. I began to write scripts that reflected my way of life. A working class, northerner, Muslim with immigrant parents.

These may seem like mere labels but they make up the foundation of every story we tell. It was with this conviction I entered the BBC’s Alfred Bradley Award to tell stories about brown people even if it was on the radio. It has pushed me to write spec scripts that have opened doors for me so now I can voice my opinions on an equal footing.

I can’t say I kept that conviction in all my writing but what I can say is that you always come back to it. It helps you and it has helped me and shaped me as a writer and individual.

“Brown writers are often made to feel like there is only enough space for one minority at the table, or that our stories must be bigger and more extreme”

I can only speak for my experience though, that to get to that point has been an uphill battle which (like for all writers), was littered with rejection. But like Tinder we must make the yesses count.

Brown writers are often made to feel like there is only enough space for one minority at the table, or that our stories must be bigger and more extreme.

For us to get a script away it has to be about an extreme issue and why is that? Why can’t we tell quiet and beautiful stories, its as though heartbreak in film and television is reserved for those who live in the wealthy parts of London. Isn’t one of the joys of storytelling to unite people through universal themes? Yet it seems like this is something that just isn’t available to us, and I want to know why.

Everyone has different facets to their identities, but being brown is something that I’ve been aware of before I learned anything else about myself. For many British Asians it takes a while to fall in love with your identity. It hasn’t always been “cool” and a lot of that has been reinforced by stereotypes we see on TV. That needs to change.

Allowing us the space to portray ourselves authentically on screen will be life changing for so many people who can pinpoint the first time they saw someone who even just looked like them on TV. South Asians should be shown as multifaceted and wide ranging on screen as they are in real life. And it’s possible as we see from the success of shows in America such as “Never Have I Ever” and “Master of None” but it’s time we had that here in the UK.

We must keep pushing our stories. We must keep hustling. We must keep lifting each other up. So that the powers that be are constantly reminded that there are no excuses. The talent is available and there are brilliant creatives of colour just waiting for the opportunity.

There’s a push to be more “British” when it comes to TV but what does that even mean? Who are the gatekeepers of “Britishness”? It’s important to remember that we are part of the fabric that make this country.

We are behind in this country when it comes to South Asian representation, and we have to do more and that begins with commissioning writers of colour so that in the next couple of years people aren’t struggling to think of shows by brown writers and that’s the only way our stories become part of the mainstream.

And to the writers of colour who might be reading this; keep going.

This article originally appeared on www.bbc.co.uk/blogs/writersroom/entries