Visual effects for a storyline about a minibus crash 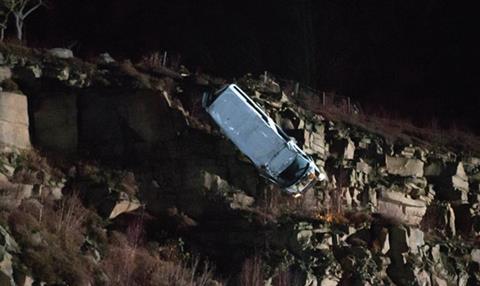 Brief Visual effects for a storyline about a minibus crash

How it was done The VFX work was led by visual effects supervisor Tanvir Hanif and supported by Judy Lysaght, from Leeds-based post firm The Other Planet. They worked with Coronation Street post-production manager David Williams and his team to create almost 200 visual effects shots across three episodes, using Fusion, After Effects and eQ. Filmed over five weeks at three locations and in a specially built studio rig, the scenes needed to appear as one location, while the vehicle rig and environment required augmentation. The studio rig added a sense of danger and realism to the interior sequences, with exterior plates composited to realise the final series of effects. Set extensions were added to give scale and add depth to the shots of the quarry.