Award-winning actor, screenwriter, director and producer David Morrissey will take to the stage as the closing keynote of Broadcast’s Production and Post Forum next month. 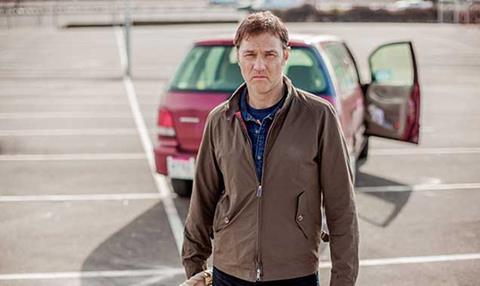 The star of BBC1’s The Driver and The 7.39 is the final keynote to be added to the conference line-up joining Melvyn Bragg, Studio Lambert boss Stephen Lambert and writer/director Hugo Blick.

Morrissey will discuss his prolific career and contribution to the UK and US TV industry, which also includes Sky 1 crime series Thorne, AMC’s The Walking Dead and BBC1’s State Of Play, plus the state of production in our golden age of drama.

The two-day event, organised by Broadcast publisher MBI, takes place at Bafta on 5 and 6 November.

The Forum hosts an array of industry names and top talent as they debate TV’s burning issues, reveal the secrets of their production success and answer delegates’ questions.  The audience will hear case studies from technical and creative visionaries; master-classes with leading directors, writers and producers; and panel discussions on new technologies.

Also at the Forum, RED Digital Cinema will be showcasing its 6k RED DRAGON sensor at the Broadcast Production and Post Forum. The 6K RED DRAGON sensor boasts over 19 megapixels, a new colour science and a higher dynamic range. The DRAGON sensor takes both EPIC and SCARLET to the next level – blurring the line between motion and still cameras, solidifying REDs continuing success to revolutionise the world of digital still and motion cameras.

RED EPIC cameras are currently being used extensively by the BBC Natural History Unit and were used to film ‘Wild Brazil’ which aired earlier this year as well as much of ‘Hidden Kingdoms’. DRAGON and 4K footage from BBC NHU projects will be shown on the RED stand at the event.

A series Masterclasses will uncover the secrets of the year’s most distinctive and talked-about drama series.

The Line of Duty creator Jed Mercurio and DoP Ruairí O’Brien will discuss the BBC2 thriller; Utopia creator Dennis Kelly and director Marc Munden will lift the lid on the cult series; Peter Bowker and Katie Swinden share their journey of staying true to the heart in making Marvellous; while leading British drama directors as Otto Bathurst, SJ Clarkson and Douglas Mackinnon discuss the state of UK drama with producer Paul Trijbets.