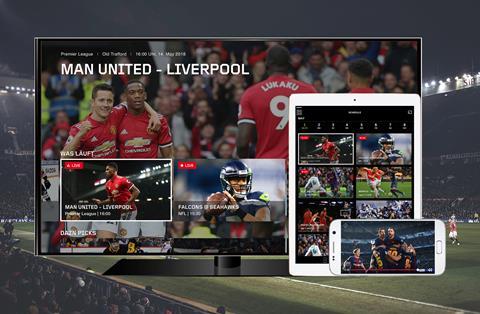 Sports streaming platform DAZN is moving into a brand new office in Leeds later this month, cementing the city’s reputation as a key UK broadcasting hub.

DAZN Group’s editorial, product and design teams based in Leeds will be among the first to move into the bespoke 40,000 sq ft space, which has the capacity to house up to 350 staff.

DAZN said the relocation gives it much needed capacity to further expand in a purpose built environment after outgrowing its city centre location.

DAZN’s move adds to the city’s reputation as one of the UK’s leading media hubs.

Channel 4 last year chose Leeds as the base for its national headquarters, while UKTV is opening a technical hub in the city. Screen Yorkshire is also looking for more studio space in Leeds. Earlier this week, the BFI appointed Jackie Edwards as head of its £57m Young Audiences Content Fund, based out of Leeds.

DAZN Group chief operations officer Neil Colligan said: “Our new home at the White Rose Office Park will provide us with the space and facilities to continue to expand our global footprint, whilst investing in Leeds as one of the UK’s most influential media hubs.”

Headquartered in London, DAZN Group has almost 3,000 employees in over 30 countries. The company hired more than 750 roles in the UK in the past year.