Boxer’s fights will play exclusively on the sports streaming platform 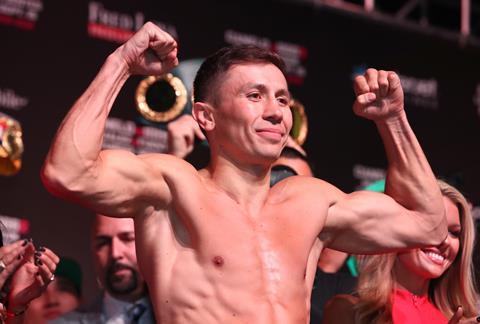 The six-fight global partnership between GGG Promotions and DAZN will see Golovkin fight twice a year on the platform for the next three years.

Golovkin’s fights were regularly featured on HBO, but he became a free agent when the broadcaster decided to close the doors on HBO Boxing, which left Golovkin searching for a new network.

Now his fights will be available to all DAZN subscribers at no extra charge. In addition, GGG Promotions will present two cards per year on DAZN beginning in 2020.

Golovkin plans to return to the ring in June against an opponent to be named at a later date. It will be his first bout since suffering a controversial first defeat of his career to Canelo Alvarez last September

“Gennady Golovkin is a generational talent with international appeal,” said DAZN group executive chairman John Skipper. “We’re confident he will bring his passionate fans to the platform as we produce tentpole events with his team over the next several years.”

Golovkin’s fights will be available in all DAZN markets, in addition to his native home of Kazakhstan. Since launching in 2016, DAZN has expanded to nine countries – including Austria, Brazil, Canada, Germany, Italy, Japan, Spain, Switzerland and the U.S. – with the intention to reach 20 markets by 2020.