Dock 10 offers VR service after producing shorts for The Voice

Dock 10 is to add virtual reality production to its available services after completing “immersive” digital shorts for BBC1’s The Voice UK. 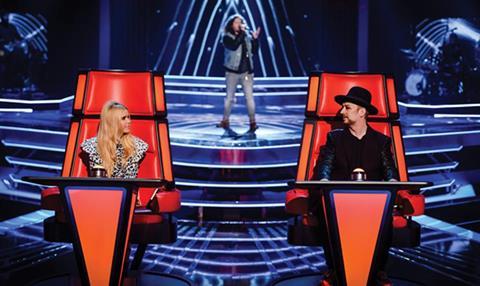 The MediaCityUK-based firm shot and post-produced several two- and three-minute 360-degree experience videos for BBC Taster and Wall to Wall (Warner Bros) to help promote the new series of the entertainment show online and via its mobile app.

Ten months of research and development, including several pilots, preceded the work on The

Voice UK and the facilities house now believes it has sufficient experience to offer VR production as a service for both short- and long-form work.

Dock 10 head of production development Jonathan Harley said: “VR is a different medium with different rules. The editing is different. The staging is different. “It lends itself to big-scale entertainment shows, allowing you to be in the audience or behind the scenes at a concert, music show or sporting events. The bottleneck is in the availability of viewing devices. As that technology grows, there will be a market to do longer-form content too.”

Studio manager Richard Wormwell added: “With a drama, you need to guide the viewer. We are looking at using binaural audio, where you can position sound as a guide. Or actors in the room could provide prompts. It is more like directing a theatre show than a TV programme.”

For The Voice UK shorts, the Dock 10 team made use of two seven-camera GoPro 360 Hero rigs fitted with Hero 4 Black 4K cameras in different configurations. Autopano software from French firm Kolor, owned by GoPro, was used to stitch the images together. The rendered output was then fed into Dock 10’s existing Avid and Baselight broadcast workflow.

Dock 10 will start work on another entertainment show VR pilot next week.