“Not just the standout story of this 10th ‘nu-Who’ series but one of the best episodes since the 2005 reboot.” 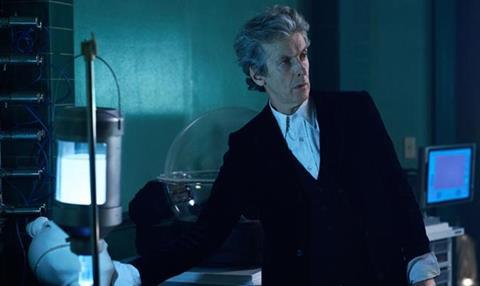 “This two-part finale marks showrunner Steven Moffat’s last regular episodes and he’d saved the best until second last. It was darkly thrilling, mountingly tense, genuinely scary and brimming with smart ideas – but stayed just the right side of over-clever. Not just the standout story of this 10th ‘nu-Who’ series but one of the best episodes since the 2005 reboot. Bravo.”
Michael Hogan, The Telegraph

“This was an exodus story, with the lead writer Steven Moffat’s well-known preoccupation with death to the fore. By the close of the episode, the sense of an ending began to overwhelm.”
Andrew Billen, The Times

“There is an enormous amount going on in this series. What it does not need, perhaps, is the whole genius serial killer angle on top. Broadchurch took one horrid but very human event and let the whole allegedly close community unravel in the wake of it. As a viewer, you wish something similar could be happening with the people around the Loch”
Matt Baylis, Daily Express

“No wonder the country has fallen in love with this couple, and cheered as their wanderlust took them all over England, then to Ireland, Scandinavia and now Asia. Nothing could make them quail. Let’s hope their future travels are granted a full series, instead of being compressed too tightly into a couple of episodes as these were.”
Christopher Stevens, Daily Mail

“OK, I’m not going to lie any more: in spite of all the screens, the red button, the flush and the fridge, Clara and Mark, Stormzy and Katy, and the fact that I now know and love who Nadia Rose is, Glasto from the sofa is actually a miserable experience. It looks so much better to be there.”
Sam Wollaston, The Guardian