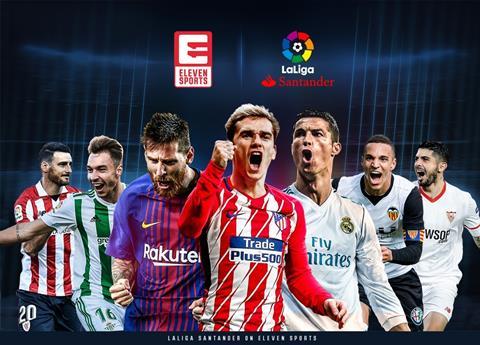 The apps are for Eleven Sports subscribers in the UK and Ireland, who previously needed Google Chromecast to view content on TV.

The Eleven Sports apps for Amazon Fire TV Stick and Android TVs are available to download from the Google Play and Amazon app stores, enabling 1080p HD big-screen TV viewing of the La Liga, including the second leg of the Copa del Rey semi-final on 27 February, two El Clasico fixtures (Real Madrid vs FC Barcelona) in the space of a week, and a potentially title deciding La Liga clash on 2 March.

The apps come after a difficult period for Eleven Sports in the UK. Last month Eleven Sports announced it was handing over the rights to live Serie A games in the UK and Ireland to Premier Sports. In December, BT took back control of UK rights for the Ultimate Fighting Championship (UFC) from Eleven.

Marc Watson, Executive Chairman and CEO, Eleven Sports, said: “The launch of these user friendly, high quality apps for Amazon Fire TV stick, Android TVs and Samsung Smart TVs ensure that Eleven Sports is easier to watch and more accessible than ever for football fans. This development also gives fans in the UK and Ireland even more ways to watch wall-to-wall La Liga action, including an enthralling El Clasico double header, on TV.”