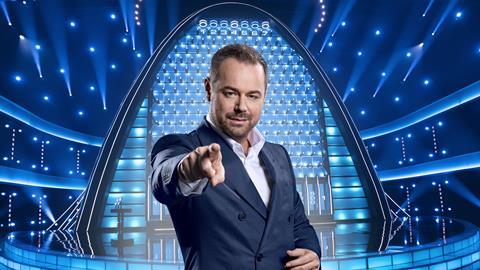 To make this US format work for a BBC1 audience, we first had to find the perfect host and then make sure all the key elements were right, from the giant set to the music, says Richard Hague

“Drop ’em!” were the words I could hear blaring out of the gallery speakers in an OB truck parked outside the studio on a cold February morning. They were being said by EastEnders’ finest, Danny Dyer.

He was hosting the pilot for our new gameshow The Wall and it was obvious he was a natural. 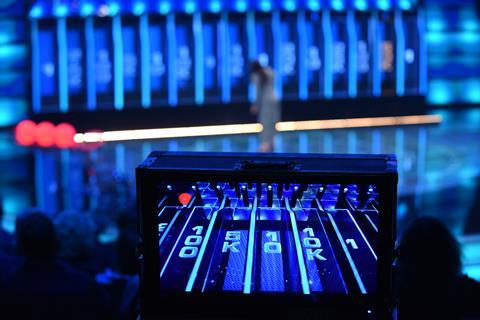 Jump forward six months and we are on the same stage with Danny making the series for real. The set is four storeys high, with 18 cameras capturing everything from the balls flying down the wall to the highs and lows of the contestants and, of course, our host Danny.

The Wall was first shown on NBC in the US in 2016 and has been a big hit – it has sold to 24 territories – so we were keen to get it on British TV. Hopefully, it can be something truly big, exciting and compelling to shake up Saturday nights.

We pitched it to the BBC early last year. The execs loved its scale and drama but finding the right face to front the show – the eternal problem – meant we were on hold. We were all keen to get someone who didn’t normally front this type of show, and when we met with Charlotte Moore, Kate Phillips and Rachel Ashdown at the BBC, Danny’s name came up. 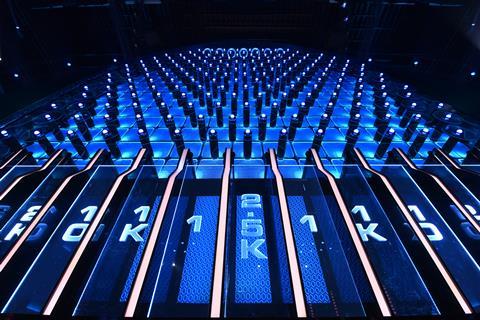 The sign of a great, compelling drama is when the unpredictability of the action means you have to keep watching – you’re drawn in and you don’t notice the actors nor the set, you’re just immersed in the story. A great gameshow is exactly the same. The Wall is definitely unpredictable and, I hope, will be viewed as dramatic, warm and compelling entertainment.

Getting that perfect mix isn’t easy. Elements such as the pace, the jeopardy, what is and isn’t said, and how the music plays with the emotions of the viewers all need to be right. But there isn’t a magic formula – there is just a certain something you can’t quite put your finger on that gels it all together and makes it work.

When you get that, there’s nothing better. Gameshows can look easy to produce but sometimes the simpler they appear, the more complex they are to put together. The Wall is no exception. Making this gargantuan set come to life and keeping it alive show after show is no mean feat.

When the show gets under way, the fun begins – after all, this is entertainment and you have to enjoy the ride if you want to make the best programme you can. Having a team fully prepared for every eventuality and a very supportive broadcaster puts you in the best position to make the show. 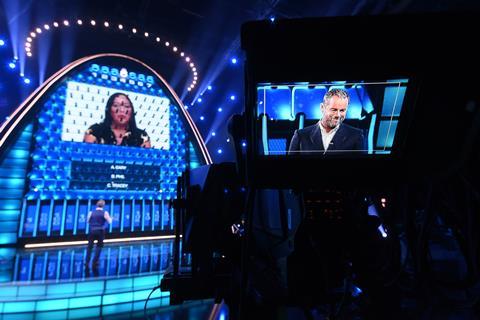 It’s about the butterflies that fill your stomach, the adrenalin and the anticipation. The twists and turns and the highs and lows mean you are on the edge of your slightly cramped seat in the OB truck, and hopefully that same feeling will be felt by the viewers when they watch the shows months later.

Rachel Ashdown, our commissioning editor and champion of the show, worked closely with us across the production. When the studio shoot was over, we jointly had to decide what would be our first show. Stephen Lovelock, the series producer, then had the fun job of getting the shows down to time in the edit.

Richard Hague - My tricks of the trade

There’s a lot going on in The Wall so getting the pace right, letting it breath and working fast through the exposition is key.

The long-line cut from the studio is a guide only – in the studio, we record 14 steams from the 18 cameras filming the series, which enables us to rebuild the show how we want in post-production. Then we format the show with key shots, graphics, sound FX and music and fine cut it to make sure that every shot says something.

This is a drama, after all. 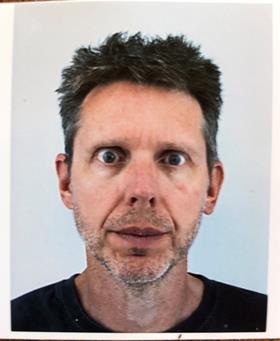 As a large-scale show, shot in 360 degrees, with unpredictable gameplay to contend with and more gear than you can point a lens at, The Wall threw up plenty of tech and co-ordination challenges.

With a set that almost touches the roof, bringing all the manual and automated systems together is a challenge as you never want the tech to hold up the flow of a record. Fortunately we had a great crew who had the set-up well rehearsed, so there were few hold-ups.

The majority of gameplay is facing the wall itself and camera-wise, we had plenty of choices to cover the essentials and get across the scale and excitement of the event. To film each show, we used two Technocranes, low tracking wides, six peds, a JitaCam (an upside down jib), a Flycam, several hand-helds and four DSLR minicams.

There were several options for shooting the ball drops. However, the route the balls would take and which money chute they would land in were totally random. We felt it was best to keep it simple and chose a shot that enabled us to clearly see the ball’s journey. Hopefully, the viewer will be yelling just as much as the contestants and we were.