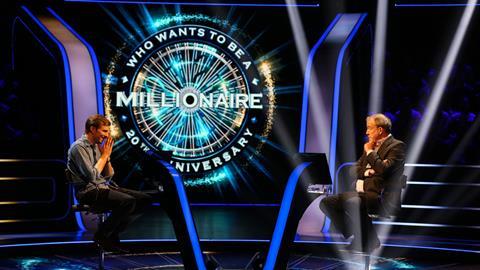 Who Wants To Be A Millionaire?, ITV

Getting the call earlier this year from the Stellify boys and being asked if I’d be interested in working on a stripped week of shows to celebrate the 20th anniversary of Who Wants To Be A Millionaire? was intriguing. “We’ve also got a new host,” they told me. “It’s Jeremy Clarkson and oh one other thing there’s a new lifeline: ‘Ask The Host’.”

I was in. ‘Jeremy Clarkson’s a confident man,’ I thought, so it’s a given he knows a lot about everything. Or did he? More on that later.

The brains behind the new format twists were the managing directors of Stellify Media, Matthew Worthy and Kieran Doherty. They had spent six months developing aspects of the show before pitching it to ITV. Right from the start with series one, it made sense to go back to the classic series with the return of ‘Fastest Finger First’, the 15-rung money ladder and a quick turnaround in the edit to regain the ‘live sporting event’ feel. 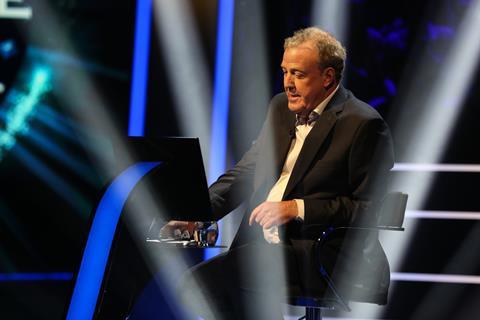 And then there was the new lifeline. Wayne Garvie, president of international production at Sony, which owns the format, had secured Clarkson. ‘Ask The Host’ was a terrific way of making the most of Jeremy’s personality and delivering both more entertainment and tension to the format.

With such impressive foundations, all that was required was to get a top team on board, the best head of departments, find a batch of brave and bright contestants and get stacks of interesting questions written up for our new host to ask with the hope of crowning a UK millionaire for the first time in 12 years.

My tricks of the trade - Fiona Clark

The Who Wants To Be A Millionaire? set is one of the most recognised in the world and after 20 years it still worked; it just needed a little updating. Production designer Patrick Doherty gave it a facelift by introducing an LED floor and LED strips around the set that we could then combine with graphics to punctuate key moments of game play. Dave Newton at Potion created the graphics for these important moments, which enhanced the set and dramatic moments perfectly.

We lucked out in terms of crew by securing lighting director Dave Davey, whose lighting design perfectly complimented the set and graphics and sound supervisor Kevin Duff whose expertise went back to the original series.

Budget consideration was needed to cater for a long pre-production period for casting and questions writing, as well as commissioning the high-spec set, lighting, audio and graphics systems. But we were able to spend savvy by rehearsing outside of studio time and recording multiple shows in a day at Dock 10 in Salford. The post-production also took place at the studio. 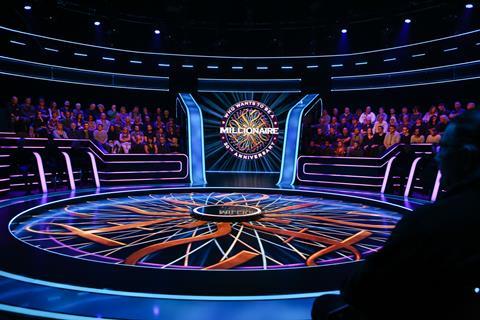 With the advance of Google, smart phones and tablets, the management and security around lifeline ‘Phone-A-Friend’ needed to grow and a small team was put in place to oversee and deploy fully-briefed security officers to each person’s home to ensure fair play. The need for this added a new financial and logistical aspect to the budget.

At this point, the search for contestants began – we really wanted to encourage a broad range of intelligent contestants who weren’t serial quizzers.

The audition process is thorough. On our first series, Gareth Kendall, a café owner from Halifax, won £125,000 answering a geographical question, the answer of which unbelievably happened to be the location of where he had been in a life-changing motor-cycle accident six years prior. Even Jeremy’s jaw dropped.

And it didn’t take long for our contestants to discover our host knew little about rambling, cricket and what an ibex was but proved to be a brilliant asset on subjects as diverse as the Hindu god Ganesh and when the NHS was founded, helping contestants on their way to win some tidy sums. The new lifeline showed to be a compelling asset and Jeremy has proved himself to be a brilliantly engaging quiz show host.

As the second series of stripped shows hits the air, the big question on everyone’s lips is “will anyone win a million?”. Tune in to find out on Tuesday 1 January at 9pm on ITV. 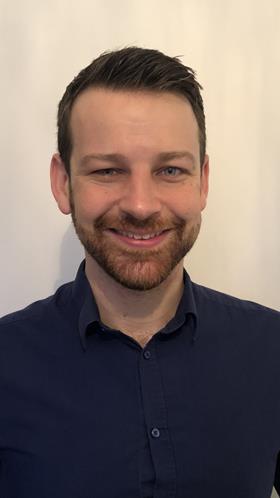 Potion Pictures were approached with a brief to make the studio graphics modern and up to date, while keeping the familiar house look of the franchise. We needed to design graphics for all three outputs, which played different animations as each episode progressed through its format points.

We started with concept that the floor should essentially be a deconstructed version of the familiar logo in its ‘generic chat’ state; then, when the gameplay began, the logo would spin, twist and contract in 3D to create a tighter circle around the Jeremy and the contestant and complement the big lights down moment.

Each different section of the show, such as ‘Ask The Audience’ and ‘Fastest Finger First’, had bespoke animation created for the floor, screen and ribbon.

It was a real luxury to work with the pre-existing and memorable sound effects as it gave us the opportunity to match the animation and timing. For example, we added a subtle pulse effect in time with heartbeat during the tension moments. It was also fun to work on new format points such as ‘Ask The Host’, where lighting and graphics combined to put the focus on Jeremy Clarkson.

Before arriving in studio, we worked with lighting designer Dave Davey and lighting programmer Alex Mildenhall to help pre-visualise all the looks and sync up with triggers coming from the games computer. Animation and graphics were designed by myself and Dan Norman in Maxon Cinema 4D and Adobe After Effects and then played back in studio via a Hippotizer.