“Channel 4 is to be commended for gleaning something celebratory from one of the darkest chapters in modern British history.” 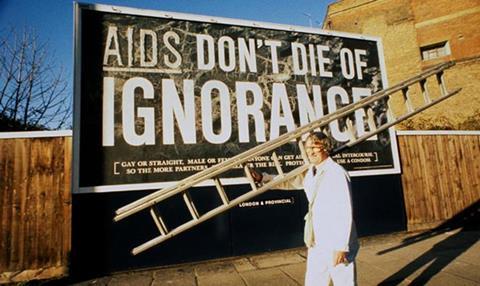 “This was a moving story of how the worst possible circumstances can inspire the best possible response.”
Jeff Robson, The i

“Channel 4 is to be commended for gleaning something celebratory from one of the darkest chapters in modern British history.”
Ed Power, The Telegraph

“It was a struggle to find anything heartening in this yet Sunday night’s film somehow pulled it off. The openness and fairness of today’s Britain owes its birth to something that began with a lot of unnecessary deaths.”
Matt Baylis, Daily Express

“The programme argued cogently proof of the law of unintended consequence. Needing to talk sense about the ‘gay plague’ led to homosexual love becoming accepted, and finally legislated for in the form of same-sex marriage. Death won far too many battles, but in the war on ignorance, ignorance lost.”
Andrew Billen, The Times

“His latest Extreme World yesterday on racial hatred in America took him back to his once favourite subject, gangs, but it was not his best effort. What I enjoy, however, is Kemp’s way of getting in with the bad guys. Not for him Louis Theroux’s faux naivety. Kemp knows all the jargon of violence — and he looks the part.”
Andrew Billen, The Times

“Kemp has a real talent for getting people to talk to him – and giving them sufficient rope to hang themselves. Without descending into polemic, he made the point that having a divisive, bull-at-a-gate president allows extremists on both sides to justify their excesses.”
Jeff Robson, The i

How to Holiday Better, BBC1

“It might have been more helpful if Ade Adepitan hadn’t waited till July to tell us to book our train tickets at least three months in advance. Still, no one can complain that this drained the Beeb’s resources. The holiday-makers befriended by Cherry and Ade were spending their own funds. Now that is a budget break.”
Christopher Stevens, Daily Mail

“This was viciously exploitative television, and it didn’t pretend to be anything else. These people have a masochistic ache to be mocked and paraded, and the show obliges. More fool them, and more fool anyone who watches.”
Christopher Stevens, Daily Mail