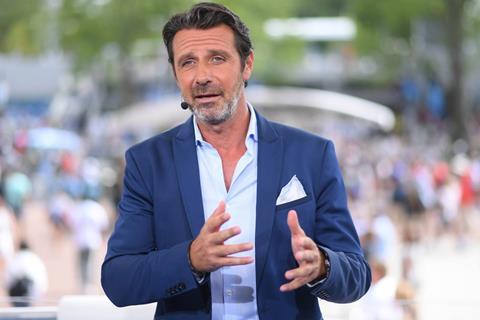 Eurosport is serving up a 30-minute doc that goes behind-the-scenes with super-coach Patrick Mouratoglou (pictured above) throughout the 2019 tennis season.

The Insider: Patrick Mouratoglou documentary kicks off the broadcaster’s coverage of the 2020 Australian Open tournament and follows the coach of Serena Williams and founder of the Mouratoglou Tennis Academy, attended by Stefanos Tsitsipas and Coco Gauff.

The film premieres tomorrow (Wednesday, 15 January) at 10:30am GMT and will then be available on-demand via the Eurosport Player.

Eurosport is broadcasting exclusive coverage of the Australian Open across Europe, with Barbara Schett anchoring its daily show Game, Schett & Mats alongside Mats Wilander. John McEnroe will also make regular appearances, including as his alter-ego as ‘The Commissioner of Tennis’, providing an “offbeat take” on the issues in the world of tennis.