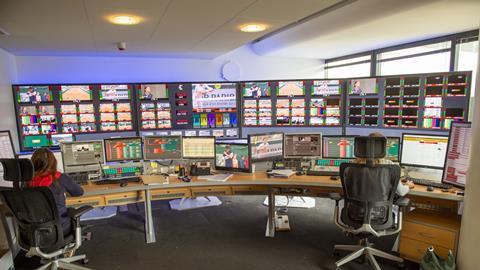 Ambitious remote production setup tested during the French Open, leading to the roll out of permanent content hubs in Paris, Amsterdam and London 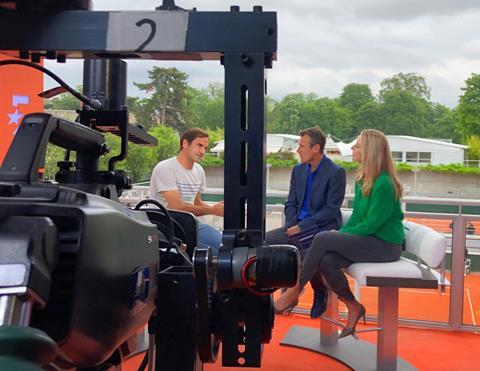 Eurosport is transitioning the bulk of its outside broadcasts to a remote production model by developing a cloud-based production platform and creating centralised content hubs in Paris, Amsterdam and London.

The broadcaster used the French Open tennis tournament at Roland-Garros to establish and test complex remote production workflows, including seamlessly remotely controlling cameras at TV studios on location at Roland-Garros from Eurosport’s HQ at Issy-les-Moulineaux, Paris.

All the Eurosport camera feeds from Roland-Garros were fed directly to Eurosport’s production centre in Paris, where they were available to the production teams based there, for live playout, vision mixing and for highlights clipping.

The French Open tests will enable Eurosport to hone and fine tune its centralised production setup as it prepares for a further roll-out of the platform.

Once up and running, Eurosport’s cloud-based platform will become the hub for many of its live broadcasts, taking in its live camera feeds from events all around the globe.

Production teams will be able to access all the camera feeds in the same way (and with no discernible delay) they would if they were in an OB vehicle at the event.

Furthermore, they can connect to the platform using cloud services from anywhere in the world, making it possible to quickly scale up production facilities in any location to work on the content.

Broadcast Sport was invited along to Roland-Garros to see how Eurosport’s operations might work in the future.

Eurosport has two studios at Roland-Garros; a production base for its digital team; and a number of production offices for production co-ordinators, reporters, producers, and its line-up of tennis experts.

There are also three control rooms, each with its own gallery (one each for the English, German and French content teams), as well as a large studio gallery for the main studio on location. Eurosport’s production facilities at Roland-Garros supplement the core production of each of the matches, which is handled by host broadcaster France Télévisions.

While the on-site gallery for the main studio is in daily use during the French Open and manned by an on-site director, vision mixer and all the usual production staff, the galleries for the three control rooms are largely left unused and are just there as backup in case of any issues with Eurosport’s centralised hub.

Discovery vice president of Technology - sports events David Roulson, explained to Broadcast Sport: “There are 25 court feeds handled by France Télévisions, and we add unilateral content using RF and commentary booth cameras. We also have two studios on site at Roland-Garros, where we’re hosting our daily pan-European show Game, Schett and Mats (pictured above and below), which is broadcast across Europe on the Eurosport International channel. The other studio is accessible to, and used by, a number of Eurosport markets onsite at Roland-Garros. There are three cameras in the second studio that can be controlled remotely.”

“We’re doing a big remote production for the first time during Roland-Garros. The feeds from the venue all go into our remote hub in Paris via a 10-gigabit link, and we can then remote into this hub to work on the content from anywhere in the world.”

Up to 10 pieces are filmed in the main studio each day, depending on the availability of the players, and the schedule of play. Eurosport also produces Game,Schett and Mats at the end of each day’s play to recap the main matches and talking points. The second studio is largely used by Eurosport Germany, with Boris Becker fronting a daily show. It’s also used for Eurosport’s Tennis Legends vodcast. 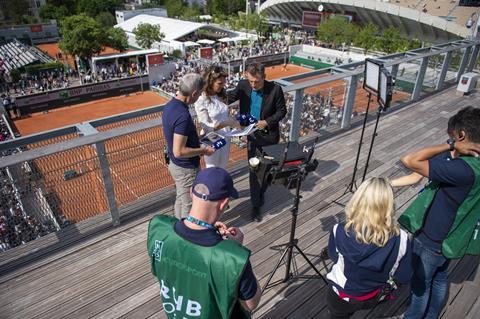 Later on, we head over to Eurosport’s Paris HQ a few miles down the road (one of the galleries at the hub is pictured below). The director of the studio shows being created by Eurosport Germany is based here. He stands directing the content and vision mixing the cameras in a very similar way to how the Game, Schett and Mats production is being directed on location. The difference is only that he’s not located at Roland-Garros.

The team doesn’t even need to be at Eurosport’s remote hub in Paris – they could be anywhere in the world and control equipment and be able to direct teams at Roland-Garros in exactly the same way.

Eurosport CTO Gordon Castle explains: “The tech is centralised, and the operators connect into that. The operation hub in Paris is where we manage the incoming signals and playout, but the control rooms can be anywhere, and we can spin up additional operating centres pretty quickly. Literally, in the future, we will be able to create an entire operating centre in a morning.” 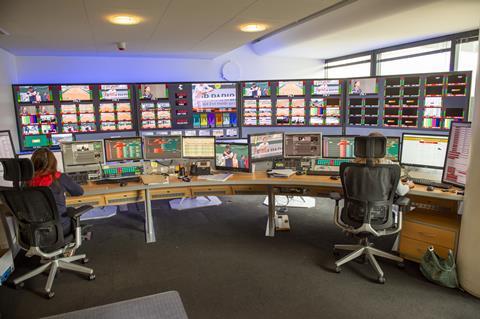 The live feeds from the French Open, which are all centralised in the production hub, go out in 22 different languages. Each of the language feeds is fed through to the hub, where the content is mixed and played out.

Castle says: “We have several commentary booths at Roland-Garros and also around Europe. We send our local markets the international feeds and they commentate on the pictures live. We then bring back the mixed audio and synchronise it to the original picture, with a slight delay to make sure all markets are aligned. In the future, our new production platform will allow this process to be centralised so that the synchronisation process is automatically aligned.”

Following the large-scale remote production test during the French Open, Eurosport is now in ‘active build mode’ on permanent centralised content hubs in London, Amsterdam and Paris. It aims to have these ready by early next year and utilise them fully during the Summer Olympic games.

Summarising the benefits, Castle says: “What we’re doing reduces the necessity to send as many people on site. That enables us to re-invest savings in increased production services with more cameras, more on-site positions and more content overall.”