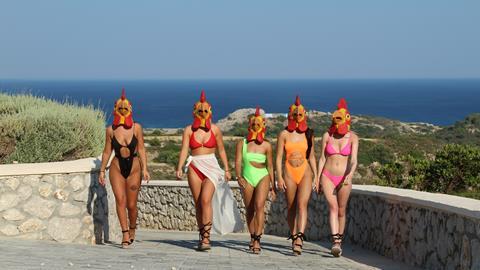 Hiding our contestants’ partners in a next-door villa was no easy feat, says Colin May

Undercover Girlfriends presents an interesting, if somewhat daunting, challenge for our team – how do you make five men believe they’re on a lads’ holiday, and hide not only their girlfriends but also half the crew on the same Greek island? And by ‘on the same island’, we really mean in a villa – a few doors away.

Standing on the tarmac between the two villas, it seemed almost mission impossible – there was one way in and one way out of the small gated complex, and no high fences, look-out posts or secret tunnels.

Most of the other villas were empty holiday lets, which meant we couldn’t rely on hiding behind the neighbours, and no manner of wigs or costumes could realistically conceal what we were really up to. In fact, at one stage our props box was only filled with Greek god outfits and a bag of rubber chicken masks – more Saturday night fancy dress, than secret agent.

The demands for the new series were greater than the first, which aired in 2018. We were making series two and three back-to-back, so there was double the cast and twice as many scenes and setups to organise, but Channel 5 had confidence after the first outing and gave us creative freedom to be bold. 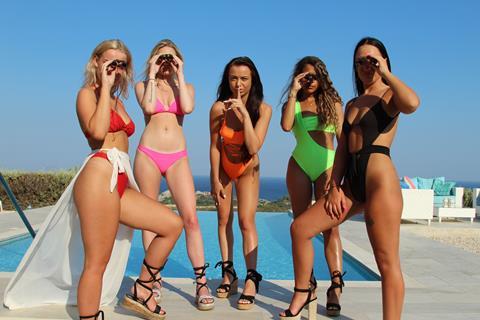 One of the main tools in our spy arsenal was the removal of the fourth wall. C5 has always been excited about the series breaking new ground in the reality genre by incorporating how the show was made into the programme.

The girlfriends actually worked with the crew on screen to test their boyfriends – an integral part of our mischievous ‘reality show within a show’ format.

The crew being in the programme acted as a useful distraction technique around the boys, but it wasn’t easy. We as crew spend most of our time hiding from the camera, so the notion of deliberately getting in shot was initially met with apprehension – and not just from the PDs. It was the first time in 15 years that I watched everyone from runners to story producers turn up on set in full hair and make-up.

Not only did the crew have a presence in the series, but also in the villa complex itself – moving into properties that were actually sandwiched between those of the girlfriends and boyfriends.

It was an upgrade from the local budget offering, and because the lads knew we were staying on site, any potentially incriminating noises were explained away. We could even camouflage the girlfriends as crew for a quick exit if needed. 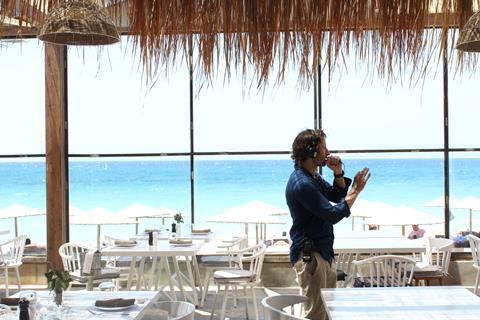 The production team was some 60-strong, made up of four shooting units, two story producers, a technical crew to rig and manage the surveillance equipment, and a senior editorial team.

We needed a big team as the schedule was tight, shooting roughly an episode a day. However, with a large crew came a greater chance of the true nature of the series slipping out around the boyfriends – loose lips really do sink ships, and I wasn’t about to let two series go down the pan.

So, to maintain the deception, I split the team down the middle: half the crew worked on the girlfriends’ side of the film and the other half on the boyfriends. It meant we limited the amount of people the lads encountered, thereby reducing the risk of any secrets getting out. The seniors were also separated, with a producer responsible for either the girls or the boys’ end.

The whole operation was overseen by an exec, and he and me as the series producer and director were the only two people to work fully across both sides of the series. It did, however, add to the pressure of the role – if we were rumbled, chances are I had something to do with it.

With a large crew came a great chance of the true nature of the series slipping out – loose lips really do sink ships and I wasn’t about to let these two series go down the pan.

To the cast, I would randomly go missing throughout the day – the girlfriends knew what I was up to – they could spy on me over at the boyfriends’ villa – but to the boys I just pretended I was working from the production office. “It’s not fair; why should you be the only one stuck in an office all day?”, said one of them caringly. Of course, they had no idea I was plotting and scheming with their girlfriends less than a hundred metres away.

Communication was key, but walkie-talkie chatter was complicated. We had to somehow keep it to a minimum – accidentally utter the word ‘girlfriends’ around their other halves and the entire operation would be blown – so we decided on code words. 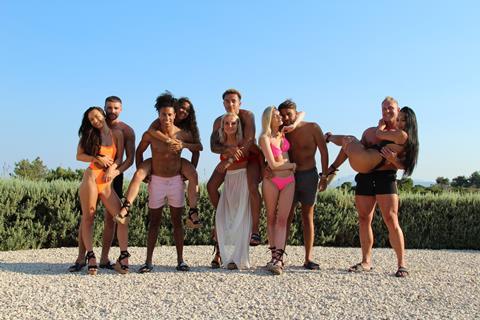 Henceforth, the girlfriends became known as ‘the lighting department’ – although if the boyfriends were really paying attention, I’m sure they would have questioned why the lighting department was coming and going several times a day, and why lighting was even needed on the beach in broad daylight.

We were careful, but that’s not to say we didn’t have a few close calls. On one mission, a bogus bride used her phone to show the boyfriends her ‘husband’ on Facebook. The lads saw an opportunity to pull up their girlfriends’ profiles, so the team had to step in – little did the boys know they’d already met most of them across the week on undercover assignments.

On the same stunt, the girlfriends posed as a hen party concealing their identity with rubber chicken masks. The crew blocked up the eye-holes in the beaks with black netting and gaffer tape to ensure there’d be no sneak peaks of the girls’ faces – but we hadn’t anticipated just how hot it gets inside a full face mask during the Greek summer, and the frequent ‘toilet breaks’ to cool off almost gave the game away. 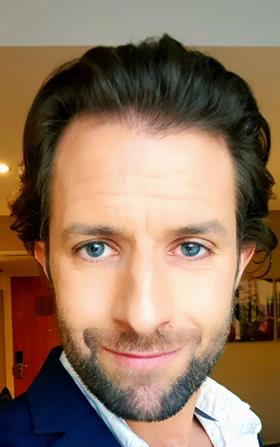 My tricks of the trade – Colin May

Another heart-stopping moment also came at a VIP beach bar, where two of the girlfriends snuck into a staff apartment overlooking a jacuzzi to spy on the boyfriends. They pressed themselves up to a window as our crew backlit them to get a better shot, inadvertently casting two very obvious silhouettes to the lads below – it was only by sheer luck they didn’t recognise them.

However, it wasn’t just the big set pieces that risked us getting rumbled. One girlfriend left her water bottle in the footwell of a taxi, and the same taxi then, by chance, collected her boyfriend later in the afternoon. It wouldn’t have been a problem if the she hadn’t written ‘Molly’ on the lid, but luckily, he thought it was a plant by the crew to remind him of his missus back home.

So, before this article self-destructs, the lesson we learnt was not to let our paranoia of getting caught stifle the creativity of the series.

The more bonkers concepts of fake fortune-tellers, pretend poisonous seafood and phony radio shows might have appeared to be the set-ups that were too crazy to be believable – but they ultimately passed off without incident. Without risk there is no reward.