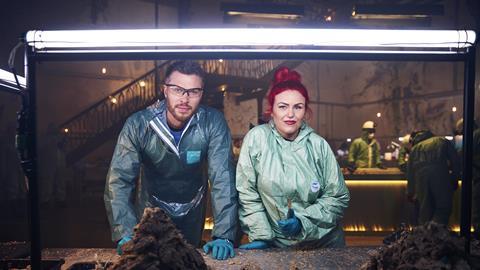 Our mission in forensically dissecting a chunk of toxic waste was to gross out the viewer – but also to highlight a growing problem, says Rob Liddell

Un Category 6 Hazardous Waste: that’s what we discovered we would be dealing with throughout the production of Fatberg Autopsy: Secrets Of The Sewers.

It is perhaps not surprising that when attempting to remove five tonnes of rancid, congealed fat and human waste from a sewer in central London, preventing infection would be one of the main issues.

Fatberg Autopsy set out to explore what we could learn by forensically dissecting a huge chunk of what we discovered was one of the biggest fatbergs – thick lumps of non-biodegradable matter found in sewers – ever discovered in Britain. 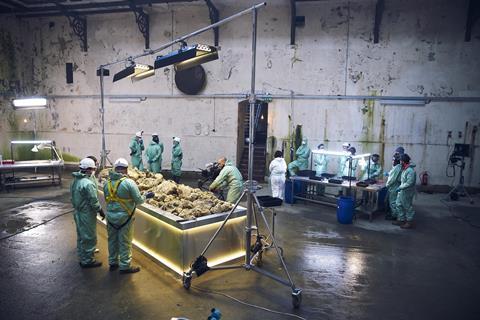 The aim was to produce a standout doc for Channel 4, uncover what was making fatbergs an ever-growing problem, and reveal what the fatberg could tell us about the dirty secrets of the people who contributed to it.

Almost every aspect of the production involved contact with stuff that should never really leave a sewer – from filming underground with Thames Water’s team of ‘flushers’ to setting up a makeshift studio with a crew of 78, who were all kitted out head to toe in hazmat suits.

On top of that, we had to make a gripping and entertaining show for C4 that would be noisy and provocative.

Filming in the sewers was challenging, but at least we were able to follow procedures Thames Water uses all the time.

The autopsy itself was a different matter; no one had ever done one before – indeed, no one was quite sure what to do with a lump of fatberg that had been removed from the sewer, as it’s normally broken down below ground. 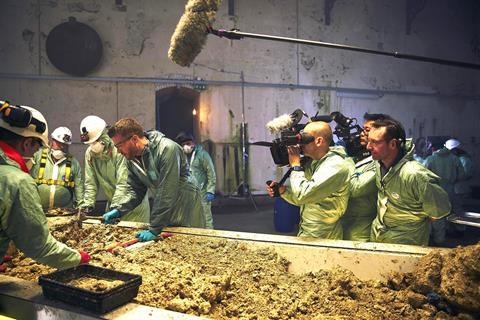 The first problem was what location to film the autopsy in. It needed to be big, have an industrial or medical feel, and have the right power and facilities for the shoot.

We looked at lots of venues – from disused hospitals to warehouses – but came up against the same problem: bringing a large amount of toxic waste onto the premises.

Then there was the smell. Five tonnes of sewage material is going to pong, and what if it impregnated the walls? How would we put that right?

We turned to Thames Water, which offered us a disused pumping station at the Abbey Mills sewage works. Contamination would be no problem in a building with a floor already encrusted with dry sewage. 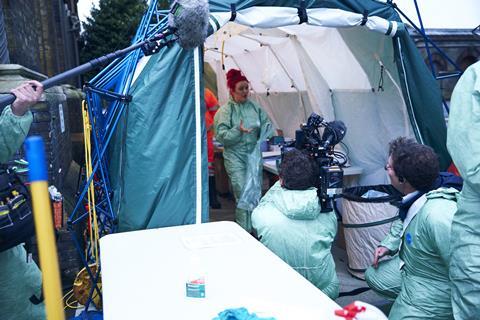 Location sorted, the next major problem was preventing infection on the filming day. It was a problem that seemed simple at first but became more and more complicated.

We had a dirty zone on the pump house floor, but everyone leaving this needed to be cleaned. What happened if someone needed the loo? What about lunch? Plus, we couldn’t just send all the kit back to the rental company at the end of the day.

A decontamination tunnel was set up (it looked like something from ET). Everyone entering had to put on a hazmat suit and gloves, and some had to wear face masks. Every time anyone left, for whatever reason, they had to strip off the suit, be sprayed with a bleach-like substance and wash their hands with alcohol gel.

We had to order more than 400 suits for one day’s shoot. Even so, I had to leave my clothes in a bin bag outside my house to avoid bringing the smell in at the end of the filming.

Rob Liddell - My tricks of the trade

Abbey Mills was a great place to film the programme, but it wasn’t set up for such a large crew, so we had to (appropriately enough) install a load of Portaloos on site.

The fatberg itself was a surprise. It wasn’t some gelatinous lump of fat, but solid yellow-coloured matter that was so hard the flushers had to hack it out of the sewer with pick axes and shovels. It looked more like wax or soap than poo.

Given that one of the main attractions of the commission was to gross out the audience, we worried if that would come across on television.

Luckily, we didn’t need to fret: a sprinkling of ghastly finds – from used condoms to needles with blood stains – meant there was plenty to make the viewer duck behind the sofa.

GETTING DOWN AND DIRTY 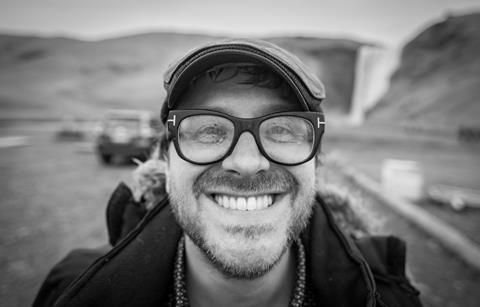 How do you shoot in a sewer when all your kit could be the conduit to cause an explosion? We were told by Thames Water that due to gases building up behind fatbergs, every bit of kit needed to be ‘intrinsically safe’ – in other words, it couldn’t blow up.

We spent weeks looking for ‘intrinsically safe’ covers for the FS7 but nothing existed, so we were really left with one option: GoPro Hero 4s attached to the ‘flushers’. As a production director, it’s always unnerving putting faith in a GoPro you can’t view (turning on wi-fi apparently equalled another explosive hazard).

As the cameras were attached to people wading and crawling through fat and poo in total darkness, I did wonder if we were going to get any usable material from them and what ramifications it would have for the film.

We did some test filming in Piccadilly Circus prior to our presenter starting. A blocked sewer meant a crack team of flushers – the SAS of the sewer system is how one of the unit liked to be known – were going to clear a fatberg. 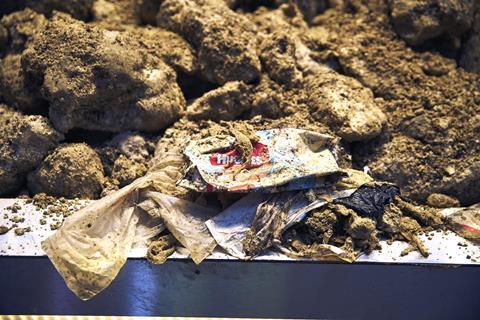 Shooting from above ground on the FS7, we attached GoPros to two members of the team going down to break up the fat manually before it blocked the sewer totally. We started the shoot at 10pm and wrapped at 5am the following day.

The GoPros were caked in fat and shit, and we had to throw away the outside straps and harnesses. The first thing I did at 6am was review the GoPro footage.

Another major concern was sound – would I hear anything the team said? Ultimately, the footage turned out to be some of the strongest material we had – a unique POV that really took viewers up close and personal with the fatberg.

The sound was fairly crisp and the banter between the flushers was brilliant due to the nonintrusive nature of GoPros.