Sir David Attenborough proved the perfect choice for an on-screen chat with Her Majesty, as the two 91-year-olds hit it off and the conversation flowed, says Nathaniel Lippiett 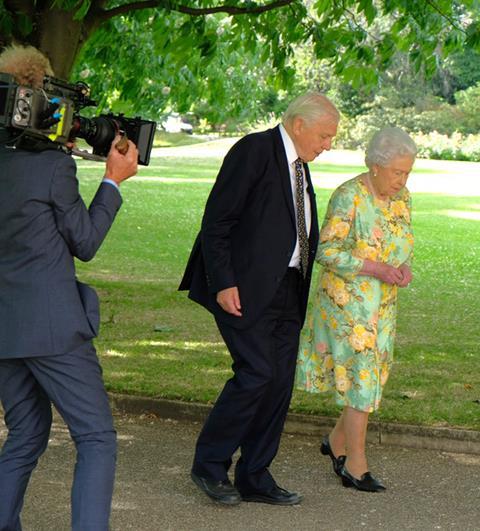 It all came down to our final shoot, one summer’s day in June last year: a simple walk through a garden with two 91-year-olds.

The gardens were those of Buckingham Palace, and our contributors two of the most prestigious pensioners on the planet, but the idea was simple: a conversation between two old friends.

They had plenty to talk about. The Queen can trace her ancestry through the trees of Buckingham Palace garden, from the London planes planted by her great, great grandparents, to oak trees planted for her own children. 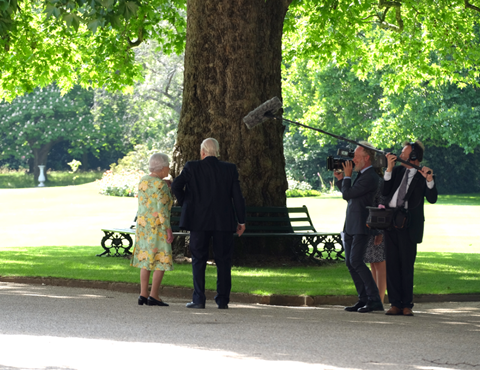 Her companion on the day, the inimitable Sir David Attenborough, remains endlessly fascinated by the natural world, and, crucially, he is almost uniquely comfort able in Her Majesty’s company.

In some ways, it was the simplest shoot in a challenging 18 months of on/ off production that had taken our small team from the lush, verdant rainforests of the Caribbean alongside Prince Harry to the unique wilderness of the Great Bear Rainforest in Canada with the Duke and Duchess of Cambridge.

We were following the progress of the Queen’s Commonwealth Canopy, an extraordinary environmental initiative designed to protect the bountiful forests of the Commonwealth both now and for future generations.

A simple shoot then, but not without its challenges. There would be no rehearsal, and no second takes. Timing was tight, and every step required careful planning.

In the hours before the walk, we recced the route one final time, then ate our sandwiches in the cool shade provided by the great London plane trees that dominate the palace garden.

In the end, it was a day of perfect timing. The sun was out and the roses in bloom, but most crucially, the comic timing of our two remarkably playful contributors made the most welcome surprise. The pair sparked off each other, making jokes and sharing stories as they wandered among the trees.

This was a rare treat to witness – and an even rarer one to capture on film.

Nathaniel Lippiett - My tricks of the trade

As the conversation flowed, the subject matter became more intimate. The Queen spoke profoundly of her legacy, of a time when the trees in the garden will change, though she will not be around to see them. It was a fitting conclusion to a production full of quite extraordinary moments.

Cut to south-west Africa, earlier that same month. As I sat in the back of a tiny turbo prop plane piloted by Angelina Jolie, flying low over the Namibian desert as the sun set among the dunes, all I could think about was whether I’d pressed record on the GoPro suckered to the cockpit.

There was enough room – just – for two in the back of the aircraft, but with the main camera on a fixed 50mm prime, we needed that wide shot looking back towards the film icon actually flying the plane. As we prepared to take off, I had a chat with Angelina about her sunglasses. 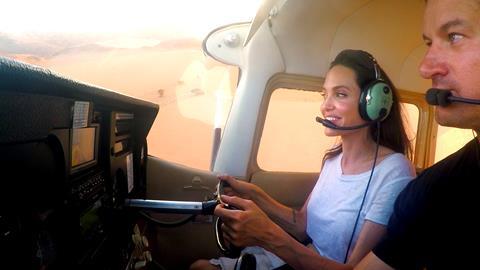 As you would imagine, the bright African sun meant she was wearing shades (effortlessly cool A-list aviators, naturally), but this was a key scene where she would talk personally about her love of Namibia, and about the conservation work that needs to be done here.

As it turned out, she was an excellent pilot, but she is a film-maker too, and was keen to get the right shot. So off came the glasses and off we flew into the African sunset to shoot a beautiful sequence in the skies above the desert.

These were not overly expensive shoots. When you have David Attenborough and the Queen together for a short sequence, the tendency might be to pile on cameras and crew, to cover all angles and maximise coverage.

The Buckingham Palace garden scene was shot on a single camera, with very little time for cutaways or non-synch footage, but the result was considered and magical: an intimate feel, both on the shoot and on screen, with a distinctive and consistent visual tone.

Likewise in Namibia, which was also shot towards the end of our production process (and budget), a skeleton crew – equipped with an Arri Amira and a GoPro – kept logistics simple, the atmosphere relaxed and intimate, and focused on what mattered: passionate contributors talking about an extraordinary project. That might just change the world.

HOW WE GOT THE QUEEN ON SCREEN 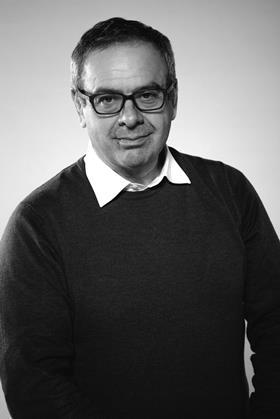 In August 2016, I was unexpectedly invited to tea at Buckingham Palace to advise on a project called the Queen’s Commonwealth Canopy (QCC) and explore the possibility of making a TV documentary about this environmental initiative to protect forests across all 53 members of the Commonwealth.

I explained that while it was obviously a noble endeavour, it wasn’t the most promising subject for a mainstream television programme. We would need something pretty special to persuade broadcasters to buy into it.

I explored whether the Queen herself might get involved. They said she almost certainly would, and then I suggested the idea of getting Sir David Attenborough on board.

“Could he interview her?” I asked. “Well, no. The Queen doesn’t do interviews.” “Well how about the two of them having an informal chat?” “Now that might work.”

And so the concept was born. Once we were sure we were likely to secure Sir David we offered it to the BBC and ITV. Kevin Lygo snapped it up. 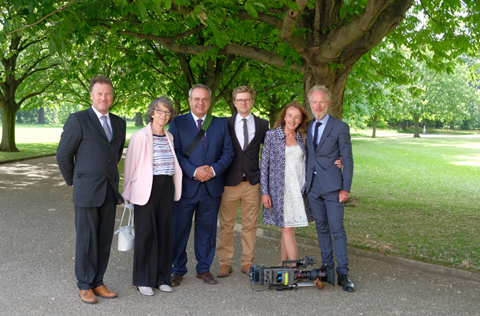 Bringing together a cast list that includes the Queen, Sir David Attenborough, the Duke and Duchess of Cambridge, Prince Harry and film star and activist Angelina Jolie requires patience, planning and quite a bit of pulling power. We supplied the first two and Buckingham Palace provided the third.

Two and a half years later, The Queen’s Green Planet offers, I think, a unique, unguarded glimpse of the Queen’s character while following the evolution of the Commonwealth Canopy initiative in an accessible way.

It is an unexpectedly joyful film full of optimism and purpose. I hope it brings the QCC to a larger, worldwide audience – and I guarantee you won’t have seen this version of the Queen on camera before.