“With its sly wit and visual flair, the third series of Fargo is already shaping up to be the best yet.” 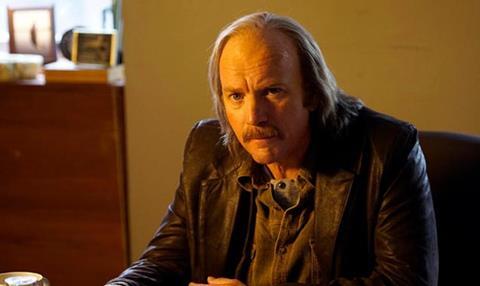 “It’s a lovely opening to the third season of Noah Hawley’s excellent anthology. There are brilliant supporting characters, brilliant tunes, brilliant lines and a brilliantly toe-curling murder involving a massive air conditioner hurled out of a window.”
Chitra Ramaswamy, The Guardian

“True, this is clever at times. And being TV it has famous film stars in it. But overall, it feels less like an engaging story and more a series of grotesques. I’m sure it’s genius. I just don’t want to watch it.”
Catherine Nixey, The Times

“With its sly wit and visual flair, the third series of Fargo is already shaping up to be the best yet.”
Michael Hogan, The Telegraph

“Call me an irrational optimist but, after its deliciously strange and funny start, I’m prepared to believe that Fargo is back to its finest and will stay that way. It’s more restrained. Not so self-consciously bizarre, less ostentatiously odd. Quirky instead of full-on crazy.”
Christopher Stevens, Daily Mail

“Season three’s first episode is perhaps not as intense and gripping as the opening instalments of seasons one and two. There has also not been much character development dedicated to Gloria, as yet. But there’s a strong actress behind her, and plenty of motivation for this cop.”
Mark Butler, The i

“24 Hours in A&E is very good at what it does: reminding us of what really matters and making us fiercely value our beloved NHS, both of which are beneficial emotions to be stirring up in the week before the general election.”
Chitra Ramaswamy, The Guardian

“24 Hours in A&E has stealthily become a mainstay of the schedules. It’s masterfully filmed and edited to tell several life-or-death stories per episode, lightening the mood by mixing in snippets of small talk from the waiting room.”
Michael Hogan, The Telegraph

“The whole story of the fire is fairly crackling with great detail and I hope episodes two and three light up our screens with them. Episode one, sadly, was lacking in spark.”
Matt Baylis, Daily Express

“Lipscomb and Jones are great; interesting and engaging and knowledgeable. The detail on the fire was interesting too. Although even the historians seemed slightly embarrassed by the hamminess of all this. Lipscomb was always filmed walking away from the camera, as though in a hurry to escape.”
Catherine Nixey, The Times