Strictly Come Dancing spin off It Takes Two and ITV’s The Jonathan Ross Show will be among the first productions to use the re-vamped studio and post-production facilities at Television Centre, it has been announced. 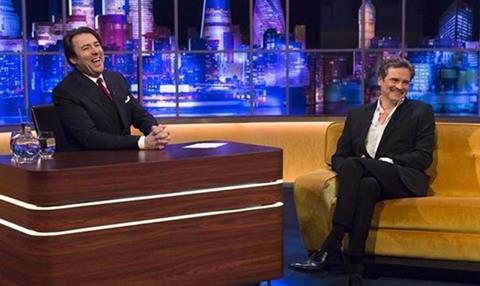 Both shows have agreed contracts with BBC Studioworks that run from September with It Takes Two continuing until December and The Jonathan Ross showing ending in November.

Meryl McLaren, commercial manager, BBC Studioworks said: “As both shows run across a three month period, the production teams can really make the most of the new infrastructure and technology ecosystem that we have implemented.”

For BBC Studios-produced It Takes Two, BBC Studioworks will provide full studio and technical services for 60 episodes comprising of four live and one recorded show each week. The production will be based in BBC Studioworks’ 3,340 sq ft studio, TC2.

VT content for the show will be edited alongside material for Strictly Come Dancing at BBC Studioworks’ post-production edit village at its sister facility in Elstree, and will be delivered to TC2 via a diverse HD baseband video line.

Both It Takes Two and The Jonathan Ross Show had previously been using The London Studios.

The BBC, including its wholly owned commercial subsidiary BBC Studioworks (previously known as BBC Studios and Post Production), moved out of the White City building in 2013 after the west London site was acquired by property developer Stanhope in a deal that netted the broadcaster £200m.