North One Television, Full Fat and Wonder to offer placements 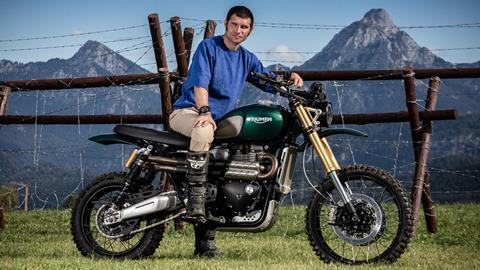 The fledgling Birmingham Create Central industry trade body has forged a training scheme to encourage people to switch from other careers to join the TV industry.

Successful applicants to the Bootcamp scheme will be given an intensive one-month training programme followed by work experience placements as runners, researchers or production co-ordinators with members of the Create Central body.

Create Central launched in earnest earlier this year with a £500,000 training pot and includes the likes of Guy Martin producer North One Television, Shipmates indie Full Fat and Wonder.

Bootcamp participants will be guaranteed a job interview at the end of their placement period, with Solihull College & University Centre set to provide the training.

West Midlands mayor Andy Street called on local residents who have “sadly fallen out of work due to the coronavirus pandemic” to take up new opportunities in the TV sector, helped by along by schemes like Bootcamp.

Street helped forge Create Central following the West Midlands failure in its bid to win one of Channel 4’s out-of-London hubs, diverting funding meant for the hub to the trade body instead.

The closing date for Bootcamp applications is 3 January.