TV Critics: Further Back in Time for Dinner; Case

“The series is always lovely to watch, whichever period it is set in.” 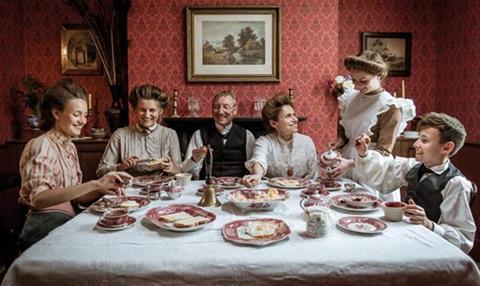 Further Back in Time for Dinner, BBC2

“The series is always lovely to watch, whichever period it is set in. The families chosen to go back in time have an endearing closeness and approach their new lifestyles with good humour. I hope the next series might venture beyond London. There is plenty of social history to uncover elsewhere.”
Daisy Wyatt, The i

“I do love the Robshaws; they’re nice, and normal, but also dead funny. And they throw themselves into it, game as the ragout of grouse. They’re all naturals; the reason BITFD is such good TV is down to them.”
Sam Wollaston, The Guardian

“If the staggering quantities of meat and pudding weren’t torture enough, the Robshaws also had to go for a walk on Tooting Common dressed as Edwardians. You were left wondering what they’d done to deserve this.”
Matt Baylis, Daily Express

“The show was stolen by the housemaid, Debbie Raw. Raw should get her own time-travel documentary series: Maid in Britain, perhaps.”
Andrew Billen, The Times

“Debbie is an instant star. This could run for five series and we won’t tire of the girl. The main flaw with this concept is that, like Downton Abbey, the years pass too quickly.”
Christopher Stevens, Daily Mail

“Case is another murder mystery from the land of Trapped, with all your favourite Icelandic actors, Whatchamadottir and Thingamysson. Bleak, obviously, and promising.”
Sam Wollaston, The Guardian

“There is good work here, particularly the depiction of grief. Already, however, there are so many threads and so many characters that I am bracing myself for the delivery, over the next eight episodes, of a freezer full of red herrings, ever more unpleasant sexual secrets and, please not, some terrible assault on Gabriela.”
Andrew Billen, The Times

“Like all Scandi-noir, it’s slow-moving. Despite this, the plot surged forward, and by the end of the first hour a satisfyingly complex story had emerged. I’m hooked.”
Christopher Stevens, Daily Mail

“The subtitles aren’t a problem but the sprawl of characters might be. I’m not sure whose story this is or who to root for but as long as it serves up plenty of fjords, hot springs and ice fields I guess it’ll do.”
Matt Baylis, Daily Express