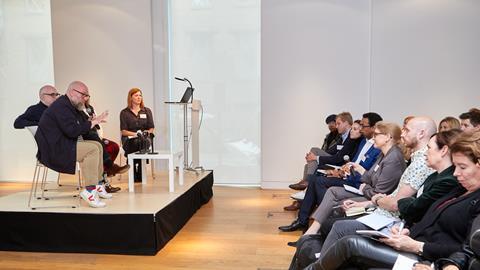 Let’s talk drama. That was what Channel 4’s Lee Mason, Huw Kennair-Jones from ITV and Philippa Collie Cousins of UKTV did at this week’s Commissioner Index launch event, hosted by Broadcast Intelligence. The event provided an opportunity for writers and producers to learn who is best to pitch their latest projects to and it was great and instructive to hear from three big names in the drama commissioning sector.

Rather unsurprisingly, the panel want to commission shows that people want. While it might be true that C4, for example, wants stories that are more subversive or edgy than ITV, both channels are looking for bold, populist content they hope will be watched live and provide the sacred ‘watercooler moment’ amongst the general public.

They all want to help grow their channel’s viewing figures while also being true to their programming verticals.

But what do descriptions such as ‘bold mainstream’ actually mean? For Collie Cousins this means projects that take familiar crime drama tropes and apply them in new ways to engage audiences through fresh writing.

While it might be true that C4, for example, wants stories that are more subversive or edgy than ITV, both channels are looking for bold, populist content they hope will be watched live and provide the sacred ‘watercooler moment’ amongst the general public

Mason commented on how new regional voices have been successful for C4. Both Derry Girls and Ackley Bridge see strong engagement in Northern Ireland and Yorkshire respectively, but also play well nationally due to their strong sense of identity.

Kennair-Jones confirmed that ambitious event dramas on ITV such as The Widow still need to have a strong British sensibility even if they are set overseas to avoid appearing like an acquisition. 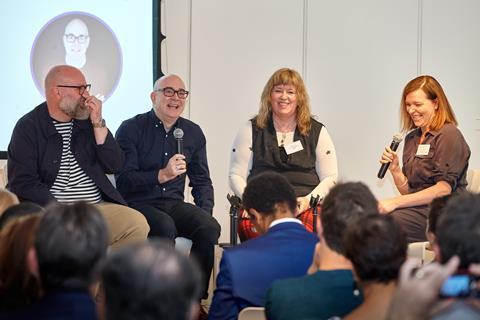 Political dramas such as BBC A Very English Scandal and Brexit: The Uncivil War were also discussed. They have seen high engagement rates, but politically-themed series are tricky to get right given the long lead time from scripting to transmission in an environment when even newspapers struggle to keep up to date with the pace of news.

That’s not to say that political drama can’t have longevity, as the likes of The West Wing and “House of Cards have proven in the past, but the BI panellists offered a consensus that audiences are generally favouring escapist programming given the increasingly uncertain world we live in.

So how is the writing landscape looking? These can be challenging times because the small group of writers that they used to rely on are now often booked up for long periods of time. This is forcing them to work with and support new writers. 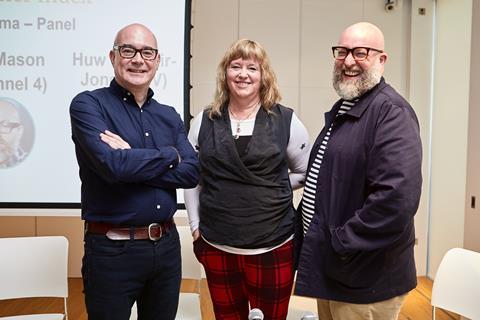 While this is undoubtedly a good thing, the process takes more time and resources to reach a finished product, but it was clear that the panel found this among the most rewarding parts of their roles. Working with new writers also brings more diversity, another element the panel universally agreed was important.

They acknowledged that improving the diversity of our writers will ultimately lead to more varied storytelling and more diversity in front of the camera – though perhaps the starting point should be more diversity across the general commissioning community?

ITV, C4 and UKTV all have minimum guidelines for representation enforced on the production companies that provide their programmes.

It is impossible in this climate to avoid the subject of new entrants in the commissioning landscape, particularly the SVoD platforms.

Interestingly, the panel all seemed to agree that the subscription streamers are having a positive effect, giving the linear broadcasters the ability to co-produce larger and more ambitious programming that their audiences now expect.

The room was also reminded to look beyond the usual UK-US route to find new customers – appetite for drama is also strong in mainland Europe and local broadcasters there are also keen to greenlight English-language projects.