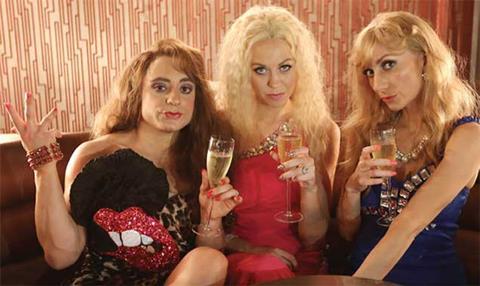 How it was done The sequence, created by Ant James and Jamie Thodesen, embraced the random nature of show. The team used lo-fi video styles associated with social media and YouTube. These were mixed with TV noise and distortion to suggest the modern, multi - channel digital age. Flicking from channel to channel, Thodesen subverted the world of digital multichannel broadcasting. He cut the sequence using a mixture of footage from the show and green screen scenes in Premiere Pro and After Effects to layer and create digital distortion. At Sampson’s request, designer Max Joseph created a custom digital stretch effect, which has also been incorporated into the show as a transition element.