German drama is experiencing an explosion of international interest thanks to the global success of spy thriller Deutschland 83 (sold to Channel 4 in the UK and Sundance-TV in the US) and BBC2 acquisition Generation War. 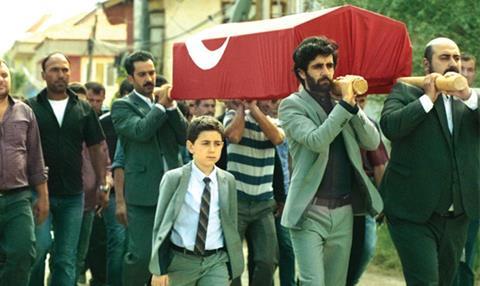 The latter was distributed by Beta Film, one of Germany’s largest producers and distributors, which has even higher hopes for its latest drama, gritty thriller NSU German History X.

The three-part drama tells the story of the three founders of far-right German terrorist group National Socialist Underground (NSU), from the first steps of their radicalisation to their subsequent capture.

The series, which is inspired by true events, takes place just after the fall of the Iron Curtain in the early 1990s.

It follows right-wing extremists Beate, Uwe and Bohni, who is described as having a “tripwire temper”. The trio were responsible for killing immigrants in cold blood in a series of crimes known as the Bosphorus Serial Murders.

However, despite drawing the attention of the country’s Intelligence Service, the trio were not implicated in the crimes until 10 years after the first killings – amid rumours about inside jobs and informants.

The series is produced by Line Of Separation producer Gabriela Sperl for Wiedemann & Berg. The German indie, set up by Quirin Berg and Max Wiedemann, previously produced Stasi feature The Lives Of Others, winner of the 2006 Academy Award for Best Foreign Language Film.

The series is written by Thomas Wendrich (Die Tater), Laila Stieler (Cloud 9), Rolf Basedow (In The Face Of Crime), Christoph Busche (The Old Fox) and Jan Braren (Leipzig Homicide), and is directed by Christian Schwochow (The Tower), Züli Aladag (Dating Daisy) and Florian Cossen (The Day I Was Not Born).

The drama, co-produced by Filmpool, was made for German public broadcaster ARD and its regional sister channels, including SWR and WDR.

Beta Film is launching the series at Mip TV, with Schwochow, Aladag, Cossen and Sperl attending to drum up sales.

It is the latest high-profile European series on Beta’s books.

The series, produced by Grand Hotel indie Bambu, centres on the Spanish ambassador to Thailand, who ends up in the murky world of political corruption and fraud.

The 10 x 70-minute series, which will air on Spanish commercial network Antena 3 in April, will launch as part of the Mip Drama Screenings, with showrunner Ramon Campos (Velvet) and producer Teresa Fernàndez-Valdés (The Refugees) in attendance.