Picture and audio post on the cooking series in which amateurs are judged by chef Marco Pierre White. 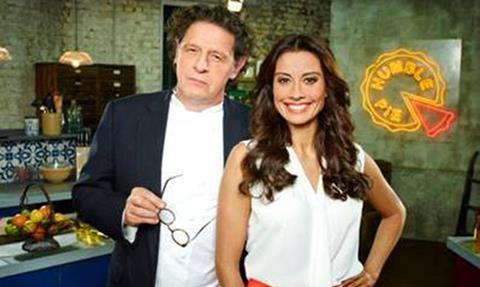 Brief Picture and audio post on the cooking series in which amateurs are judged by chef Marco Pierre White.

How it was done The grade was completed by colourist Enge Gray using Baselight. Gray was also involved with the camera selection. After tests, the Sony F5 and F7 were chosen as the best cameras for the environment. The cameras were all set to S-Log3, which gave a good base from which to grade. Audio was completed by Ben Hooper and Ben Hood, and mixed using Pro Tools 11 HD on an Avid S6 control surface. Izotope RX Advanced was used to clean up the kitchen dialogue. The show was onlined by online editor Coco Lorenzo in Avid Symphony. Using Isis shared storage enabled several suites to share the same media and make changes quickly for fast turnaround.