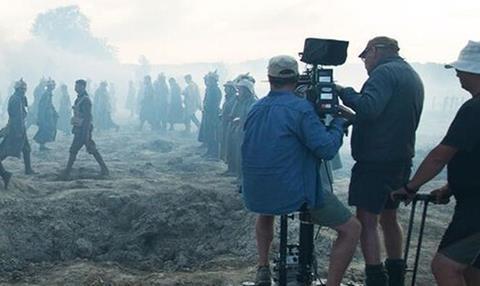 Physical safety, mental health and diversity are the three major concerns of Bectu members as productions in the UK move towards restarting.

The union consulted its members on how production for film and high-end TV can resume within coronavirus-related restrictions, with its initial consultation closing at the end of last week and the results feeding in to documents sent to the Department for Digital, Culture, Media and Sport (DCMS).

Bectu head Philippa Childs said members were concerned about “the physical safety around the set – to be sure that they are individually safe, and that all precautions have been put in place in terms of distancing, wearing of masks, and PPE where that’s necessary”.

She added: “People’s anxiety has been raised more generally, not just about physical health but also about security in the industry. Long hours is clearly a worry, particularly if you’re having reduced numbers on set – whether people will be expected to work for longer hours and how that impacts on their family life.”

“Our members want to return to work as quickly as possible, but they also want to be safe. It’s a balance.”
Philippa Childs, Bectu

Childs said there was a general concern about whether diversity will be further hit.

“It’s not that great in the industry anyway, but whether or not this will see either an exodus from the industry from people who have felt particularly vulnerable, or just the fact that fewer people are being hired. It ends up having a detrimental impact on diversity.”

She added: “Our message is our members want to return to work as quickly as possible, but they also want to be safe. It’s a balance.”

Childs said that “lots of ideas have been taken on board” in consultations with the DCMS.

Speaking to Screen before UK chancellor Rishi Sunak extended the government furlough scheme until October, Childs said any withdrawal of the scheme should be gradual.

“Some of our members would still have still had work at the beginning of this crisis when these schemes were introduced, but the point at which they don’t have work is going to be further down the line,” she said. “Until films get back into production, then the editing, post-production stuff won’t happen until potentially way longer into the year.

“What we would like to see is a much more gradual exit from the Job Retention Scheme, and all of the schemes. Some flexibility around being able to do bits of work without losing what financial support people might have. We think there can’t be a cut-off date; it needs to be much more nuanced coming out of those schemes, and probably needs to go on for much longer for certain groups of people.”

“The furlough scheme should be extended as long as it takes for business to get back to proper capacity,” he said. “We were in boom times - there was loads of work, there were loads of buyers, there was loads of opportunity. We didn’t turn off the light.

“The government instructed - quite rightly - a national lockdown, which has caused business to retrench, has damaged investment and our ability even to get back to normal work. Across the economy, they should use a more nuanced approach.”

“The furlough scheme should be extended as long as it takes for business to get back to proper capacity. We were in boom times.”
John McVay, Pact

McVay said the desire to return to work is there from across the board. He was also critical of the messaging around the furlough scheme, and the inaction on the insurance issue.

“This old Victorian political analysis that’s going on about lazy, feckless working-class people – I just think that’s really wrong right now. We are all in this together, and for our industry, we’re part of the recovery,” he said.

“We can get back to growth and back to international exports really quickly if the government helps, and that’s partly through furloughing, but critically, government needs to move fast on sorting out insurance.

“If you want to talk about recovery, you have to start talking about this now. And so far all we’ve had is ‘well, we’re listening’. That’s great, but what we need is leadership. It’s going to be phased, it’s going to take time, it’s not suddenly that the factory switches on again because that’s naive.”

The DCMS confirmed to Screen on Tuesday 12 May that UK film and TV productions can restart, providing they comply with social distancing guidelines. A version of these are being drawn up by the production-focused break-out groups of the BFI’s Screen Sector Task Force.