TV Critics: Inside No. 9; The Drug Trial; Libya’s Migrant Hell

“This was a devilish confection with a haunting aftertaste.” 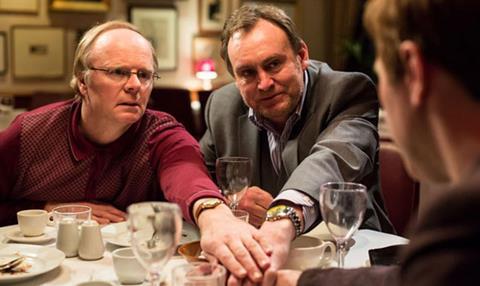 “A masterclass in how to cram a plot, fully fleshed out (and flesh-crawling) character and a dozen twists into 30 minutes.”
Chitra Ramaswamy, The Guardian

“Inside No 9 is an underrated retro treat, a throwback to the good old Seventies and their one-off TV plays. This was a devilish confection with a haunting aftertaste.”
Michael Hogan, The Telegraph

“There have been episodes with greater atmosphere, invention or ideas. But as a 30-minute exercise in darkly comic suspense, this did the trick.”
Mark Butler, The i

“The second of the third series appeared to be a dissertation on psychotic male rivalry in the manner of Mad Dogs, but turned out, in the big twist, to be something else (and less interesting). It had a superb cast of guest stars, though.”
Andrew Billen, The Times

“Last night’s episode somewhat lost its way in the last few minutes, but if you like your comedy blacker than treacle, it certainly ticked the boxes.”
Claudia Connell, Daily Mail

“The peculiar genius of Steve Pemberton and Reece Shearsmith’s format is the way it takes ordinary, innocent situations and tints them with just enough creep to make you never see them in quite the same way again. It may be some time before this reviewer visits a restaurant again.”
Matt Baylis, Daily Express

The Drug Trial: Emergency at the Hospital, BBC2

“Produced in the form of first-person testimony with dramatic reconstruction, last night’s documentary was as grippingly compelling as any TV hospital drama.”
Claudia Connell, Daily Mail

“Last night’s film only had a little to add to most people’s recollections of the story but it was highly potent stuff.”
Matt Baylis, Daily Express

“There would have been other ways for television to tackle the scandal  but the writer-director Barbie MacLaurin perceived the power of pure narrative as most important. As is often the case when actors work in documentaries, the acting looked far more real than in TV dramas.”
Andrew Billen, The Times

“This is not nuanced film-making, but somehow that feels right for an issue so huge, horrifying and urgent; a bit of plain-spoken directness feels welcome.”
Chitra Ramaswamy, The Guardian