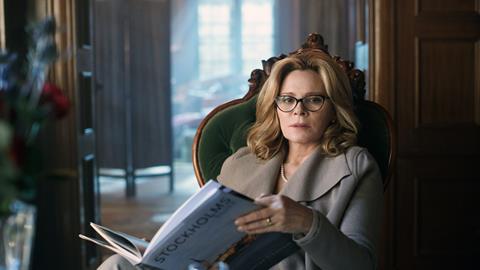 Focus on ‘hyper-local’ and big-budget originals

Broadcast’s analysis of the strategies of a handful of regional SVoD services and US cable channels reveals just as much focus on “hyper-local” content as it does on big-budget, international-facing originals.

Regional streaming services such as Showmax (Africa) and Hooq (Asia) believe that thanks to their strong local ties, they can win with homegrown productions, despite Netflix and Amazon’s expanding slate of originals from around the world.

In the case of Hooq, growing into originals has meant launching an Amazon-style pilots venture to source local content and nurture new creative talent, while Showmax is keen to work with the likes of BBC Studios for local fare across its key territories.

However, more mature regional SVoD services, such as Sweden’s C More, are more global in outlook than ever – casting American actors such as Kim Cattrall and Billy Campbell in its originals and incorporating more English into its dramas to bolster international sales potential.

Josefine Tengblad, head of drama for C More and sister broadcaster TV4, says: “Before, we used to do series that were set in small towns in Sweden or Stockholm – we never mixed languages. But now we are trying to get audiences used to it.

“It is so much easier for distributors to then sell these shows outside of Sweden.” In the US, cable broadcasters continue to innovate, with major players such as A&E ripping up the rulebook and reinventing long-running brands such as The First 48 and Intervention, while looking to the UK for close-ended factual formats.

“I get excited when we find a new way of reinvigorating franchises that have worked for a long time, and can invite a new audience in,” says A&E head of programming Elaine Frontain Bryant.

Meanwhile, Viacom’s Paramount Network, which is newly rebranded from Spike US, has hit the ground running with a roster of premium dramas with A-list talent drawing interest from top agents and creatives.

As Paramount president of development and production Keith Cox says: “They are coming to us because we have put our money where our mouth is.”

Broadcast’s in-depth profiles represent a group of top buyers investing in laser-focused strategies that fit specific needs. Not only are they putting their money where their mouth is – they are masterfully employing budgets big and small.