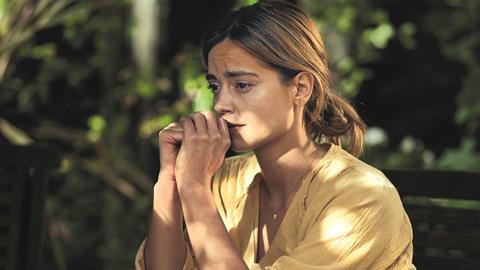 “It grips you at every turn and there are many turns, which is one of the reasons I was so attracted to it”

DRG will be hoping forthcoming psychological thriller The Cry follows in the footsteps of BBC1’s recent high-intensity dramas Doctor Foster and The Replacement, both of which sold well internationally.

It is the first TV project for Synchronicity Films, which was founded by former head of CBBC Scotland Claire Mundell in 2009.

Adapted from Helen FitzGerald’s novel of the same name, The Cry stars Victoria’s Jenna Coleman and Top Of The Lake’s Ewen Leslie as Scottish parents Joanna and Alistair. However, things go awry when their baby is abducted during a trip to their Australian homeland to visit the child’s grandparents.

Penned by The Secret Life Of Us writer Jacquelin Perske and directed by Glendyn Ivin, The Cry is executive produced by Mundell, Trust Me’s Gaynor Holmes and McMafia’s Elizabeth Kilgariff.

DRG executive vice-president of content Dave Clarke says he can’t wait to take the “taut thriller” to the international market. “It grips you at every turn and there are many turns, which is one of the reasons that I was so attracted to it. There really is not a moment wasted,” says Clarke.

Coleman’s involvement, along with high-profile Australian writing talent Perske, will make a big difference, according to Clarke. He says the Victoria star’s profile has “gone through the roof over the past two years”.

ABC Australia got on board early and will broadcast the show soon after its late-2018 tx. Clarke hopes it will match the global success of the ABC/NBC co-pro The Slap. “The Slap took a singular event and showed how it unravels and unspools in extremely harrowing ways,” he says, adding that The Cry also explores the ripple effect.

Clarke anticipates particular interest from broadcasters in France and Germany, which have proved keen customers for British thrillers in recent years. He says that while the show could work for a PSB or an SVoD service, exclusivity will be a key sales factor.

“We are in a market where exclusivity is ever more important so for a premium piece of drama, most of our buyers will want to ensure that they are the home of the show, be that an SVoD or a linear network,” he adds.