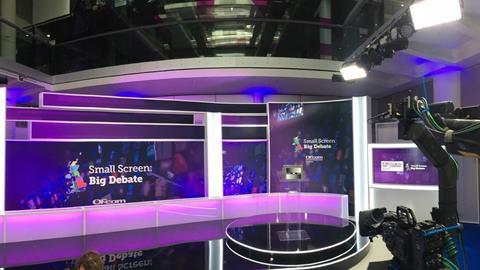 Behind the scenes: in a week in which ITN is producing Ofcom’s Small Screen: Big Debate virtual conference, Richard Lawson looks into the future of commercial production at the broadcast news operation

There’s nothing like the build-up to a conference. Take Ofcom’s Small Screen: Big Debate that opens today. Laying cables, building booths, tweaking lights and opening the doors on the day to see thousands of people thunder in to enjoy the fruits of your labour. 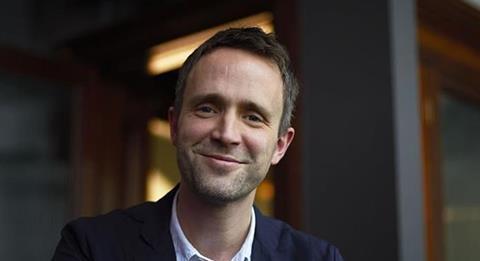 Oh, actually. Wait. That was life BC (‘Before Coronavirus’). This year, when the pandemic struck, circumstances changed – dramatically. And so did we.

In the six months since lockdown we’ve created a virtual conference business out of nowhere. How did we get there?

It’s apt that this article is a contribution to ITN’s 65-year anniversary celebration, as it’s our decades of live broadcasting experience that made our proposition so compelling. For companies wondering how to pull off a live-streamed event for the first time, ITN is a production partner they can trust.

ITN also understands how to make engaging telly and video content, and we’ve used that know-how here too. The trick with virtual conferences is not to treat them like a real-world conference plus a webcam, but to recognise that they are being consumed by viewers in an entirely different way.

This means creating something that feels as much like a live TV show as a live event – keeping individual segments short and pithy, snappily editing live on multiple cameras throughout, creating introductory films that break up the on-stage content, sometimes segmenting the content over a series of days as individual episodes, cutting between multiple locations and so on.

Alongside these elements, we’ve also had to find ways of capturing the energy of a physical conference – using message board technology to facilitate Q&As, creating break-out chatrooms in which delegates can network, providing opportunities to meet the sponsors and more.

Change might have been born of necessity but it has provided new opportunities for our clients – a set purpose-built in ITN’s atrium, home of ITV News’ election specials; the ability to pre-record and edit entire segments in advance and then stream them ‘as live’; and both speakers and viewers are now able to participate from anywhere in the world.

There has been a lot of talk about how businesses have had to pivot to survive this year, but I wouldn’t say we exactly pivoted in this case.

A recent park stroll was instructive.

My dad has always enjoyed embarrassing the rest of his family by talking to any random stranger who piques his interest. He was up to his old tricks when he and my mum paid us a visit last weekend and we all went for a walk.

Upon spotting two very large blokes practicing a choreographed series of small, neat steps from side to side and back and forth in front of the park bandstand, he decided to wander up and ask them if they were line dancing.

They politely informed him that no, they were in fact practicing boxing steps. “Nice fellas,” he declared after a brief chat, leaving the bemused, nice fellas to continue their routine.

“We’ve launched an entirely new business for ITN from scratch”

For the commercial production division at ITN Productions, this year has been less a matter of pivoting and more a matter of performing a series of quick side-steps and nimble shimmies – part line-dancing, part boxing our way out of trouble.

Of course, being agile and reactive has always been part of the skillset of ITN Productions – and all of ITN.

So, within days of lockdown, we were successfully flipping a business – industry news, which had been entirely built on ‘in real life’ conferences – to digital launches.

Within weeks, we were selling in and making fast turn-around Covid-response films for major industries.

Within a month, we had persuaded TSB Bank to fully fund and sponsor a Channel 4 Covid-themed documentary, Britain’s Unsung Heroes, which was ITNP’s first advertiser-funded programmes in a while and the start of what looks like being a new trend for us.

The sponsorship idents were shot in TSB workers’ front rooms on specially kitted-out phones and then put together in a post editor’s newly kitted-out bedroom, of course.

This agility has been particularly apparent in the way we’ve launched an entirely new business for ITN from scratch.

As those pop behemoths and early UK pioneers of line-dancing, Steps, sing in their recently-released comeback single, “Tell me what the future holds (ah-ah-ah)”.

Well, for commercial production at ITN, the immediate future includes more virtual conferences, including the CBI’s Conference Series, further inventive shooting around the world while still under Covid restrictions, nimble AI-powered video solutions for education publishers as in-person teaching continues to be restricted and a media-first live ad campaign for the NHS.

And after that? We’ll be part-line dancing, part-boxing our way into whatever the future holds.