ITV has revealed how it will spend the £5m set aside to transform its Kirkstall Road studios in Leeds. 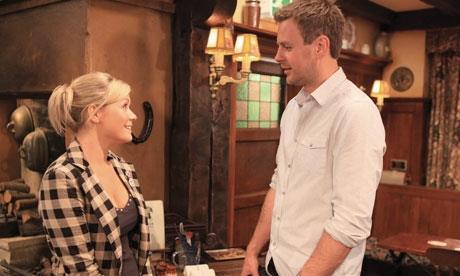 On completion, the production of Emmerdale will be transferred into the building from its nearby soundstage, a move that will provide the soap with almost double its current available space.

To achieve this, two existing service dock areas and a joinery workshop will be converted into acoustically treated studios with super-flat TV floors and lighting grids. The two existing studios will receive the same attention, while
a sixth, single-storey studio space will be created for internal shots of police stations and hospitals.

Two new galleries and a central control room will then be added to what are currently dated offices and storage areas.

ITV’s resources company, ProVision, will also get its own dedicated facility area, with the current printing and postroom area being converted into a purpose-designed, double-height warehouse for storing, testing and maintaining equipment.

The west wing of ITV Yorkshire will be transformed into a media centre with rentable office space for indies and digital agencies.

ITV Studios hopes that the combination of several smaller studios and state-of-the-art facilities will afford Emmerdale a more flexible production schedule. “This investment is about creating the best possible environment
to produce Emmerdale and to house ProVision in bespoke facilities,” said project leader Adrian Bleasdale.

“We’ve worked closely with the Emmerdale team to design a production centre that fits the unique needs of this primetime ITV drama.”

The systems integrator will be AVC and the project team is currently evaluating storage and post-production systems.

A principal building contractor will be appointed shortly, and ITV hopes work will start this month.

The project should be fully completed by this time next year.