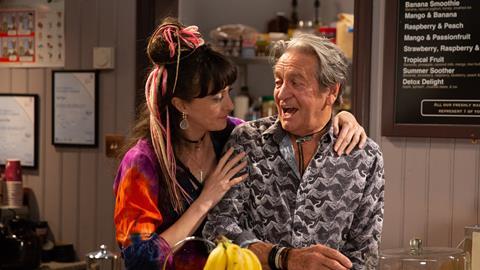 In its submission to today’s DCMS Committee (DCMSC) report on Covid-19’s impact, ITV floated a regional tax credit to “buck the powerful market dynamic towards the south east of England”, citing Netflix and Sky’s move into Home Counties’ studios in Shepperton and Elstree.

“These investments are good for the UK economy but help solidify the existing bias in the UK creative industries,” wrote ITV.

“In an economic environment in which revenue in the PSB system may be reduced in the coming years, there is an increasing need to look at market-wide tax incentives to encourage TV production to locate permanently outside of London.”

The commercial PSB recommended any such tax credit should “extend well beyond the PSBs” and said Ofcom’s out-of-London production guidance could be used as an eligibility calculator.

Various industry figures have raised fears that the crisis will reverse the positive gains made in nations and regions commissioning over the past 18 months. Others, such as Stellify Media founder Kieran Doherty, have highlighted that Covid has democratised commissioning as meetings can only be carried out remotely and no longer benefit London-based indies.

The productin outfit said it created 100 new Scottish jobs for BBC1 drama The Victim, along with 60 each year for Antiques Road Trip.

“It’s imperative that we explore ways of incentivising production in the nations and regions to help build sustainable creative communities around the country,” said managing director David Mortimer.

In its DCMSC submission, indie trade body Pact compared the post-Covid landscape to the 2008 recession, during which broadcasters were “wary of commissioning risky ventures and became more reliant on safe content that would return more IP to the broadcaster”.

The trade body raised fears diverse voices will be excluded, especially those connected to smaller indies, based outside of London.

Pact believes nations and regions indies will be hit hard by declining PSB investment, as they are more reliant on greenlights from domestic broadcasters and “don’t necessarily have large back catalogues to rely on”.

“Active support and extended government lending to the PSBs will be vital for those smaller businesses whose main income is derived from UK broadcasting commissions,” added the submission.

“This will be particularly relevant for companies in the nations and regions who benefit from quota systems to access opportunities from PSB broadcasters.”

Pact also warned that broadcasters used the last recession to “extract more unfavourable terms from indies”, and said the current situation is even worse than in 2008 due to the insurance issue.

One of the DCMSC’s recommendations in today’s report, titled Impact of Covid-19 on DCMS sectors, was the establishment of both a long-term pandemic reinsurance scheme and an emergency fund to guarantee insurance coverage for TV and film productions desperately trying to get the cameras rolling.

It took aim at the government for “failing to act quickly and jeopardising the future of institutions that are part of our national life”.

“Our report points to a DCMS department that has been treated as a ‘Cinderella’ by government when it comes to spending, despite the enormous contribution that the DCMS sectors make to the economy and job creation,” said committee chair Julian Knight.

Much of the report’s ire was focused on the treatment of freelance workers, a day after the NUJ launched a legal challenge against the government for discriminatorily excluding self-employed workers from support schemes.

The DCMSC urged the government to introduce “flexible sector-specific versions” of the Coronavirus Job Retention Scheme and Self Employment Income Support Scheme from October when the current programmes run down.

“Support for the self-employed, in particular, should be urgently reviewed and amended so that it covers people who have been excluded to date,” it added.