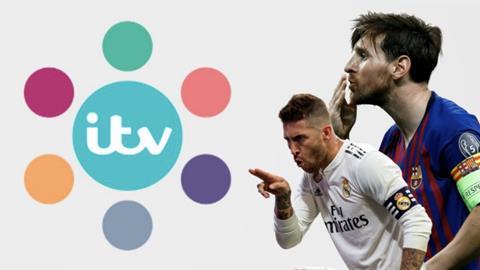 ITV4 is the latest broadcaster to add La Liga matches to its schedule, bringing the games to free-to-air TV once more. ITV4’s announcement comes hours after Premier Sports revealed it had secured the rights to the rest of the LaLiga games this season.

ITV’s coverage starts on Sunday with Levante v Real Madrid and will continue with weekly matches until the end of the season. It will also air a mid-week highlights programme.

Niall Sloane, ITV director of sport, said: “This is good news for football fans who will be able to see on free-to-air television some of the world’s best players in action for some of the world’s biggest clubs in a league known for its high levels of skill and entertainment from now until the end of the season.”