Picture and sound post on a documentary about an 80-year old sea nomad who has spent his life plying the waters of South East Asia’s Coral Triangle. 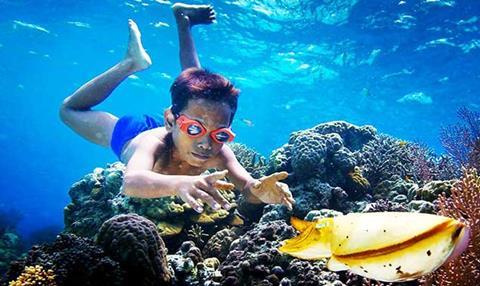 Brief
Picture and sound post on a documentary about an 80-year old sea nomad called Rohani who has spent his life plying the waters of South East Asia’s Coral Triangle.

How it was done
The film was a self-funded project told entirely from Rohani’s perspective, against the spectacular backdrop of the Togian Islands, and recreates events that capture the turning points in his life, as a hunter and as a man.

The grade was completed by Blair Wallace using Baselight, and was mastered in Ultra High Definition (UHD).  He worked very closely with director James Reed over a number of weeks, as the colour played such an integral part of the storytelling. Sundog Media Toolkit provided support via its cloud-based digital imaging tools.

Additional advanced image enhancements were provided by Real-D’s True Image process. This involved uploading more than two terabytes of UHD DPX files into the cloud to allow the True Image process to be run via a render farm.