VFX and animation house Jellyfish Pictures has opened two new studios in South London that will operate on a virtual basis without local hardware. 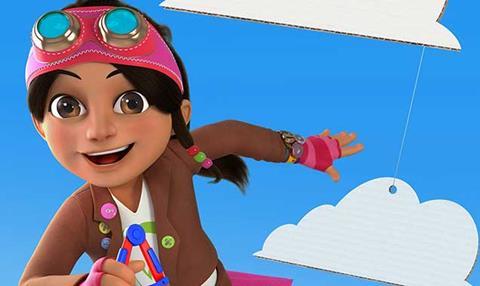 Linked to a central technology hub at the company’s Brixton headquarters, the addition of the new sites in Oval will allow Jellyfish to increase its workforce by a further 70 artists, taking its headcount to nearly 200.

Initially, the move will facilitate work on three major animation projects, including CBeebies and Fremantle Media pre-school series Bitz & Bob (pictured) and the second series of hit US children’s show The Floogals.

Chief executive Phil Dobree told Broadcast that the decision to open the virtual studios was based on several factors.

He said: “We’re all challenged by the lack of space in London. You often can’t get the next floor down or the next floor up and expand organically like that, which is often the best way of doing it.

“[Similarly], rent in central London is going through the roof and we didn’t want to open up another studio in south London and have to recreate what we’ve already done there, duplicating our servers, our comms rooms, our render farm and installing the cooling.

“By centralising our computer store and back-up, we can pop up wherever and whenever we need to and benefit from economies of scale.”

All four of its offices, including its VFX headquarters in Fitzrovia, will be connected to the same circuit. All sites will sit on the same logical WAN, providing access to Software Defined Storage from Pixit Media. Rendering will also be done virtually, using the RenderWise service developed by Jellyfish.

Dobree said the long-term plan is to centralise all project data too. Combined with a connection to the central technology hub, this will enable Jellyfish to bring on board freelance artists based anywhere in the world and also allow senior Jellyfish staff to work remotely.

“Part of the reason we’re doing the whole virtual studio thing is that it gives people the chance to live outside London but still work in this industry,” he added. “By doing that we will retain senior staff who might want a change of lifestyle or the option of not being in central London.”