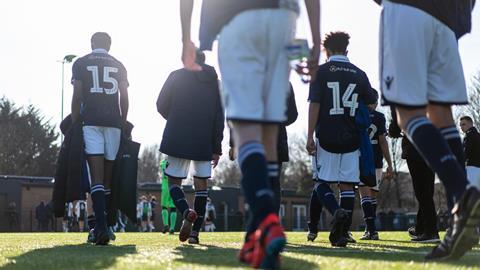 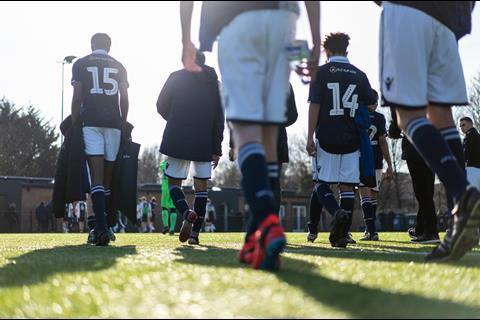 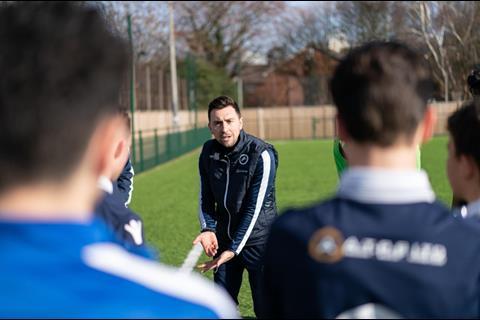 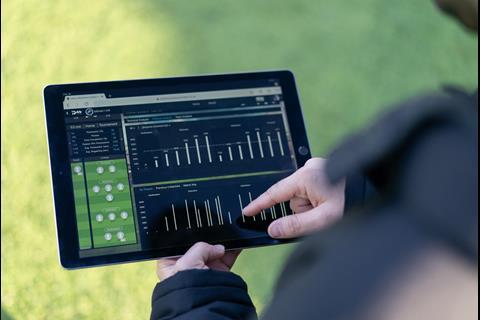 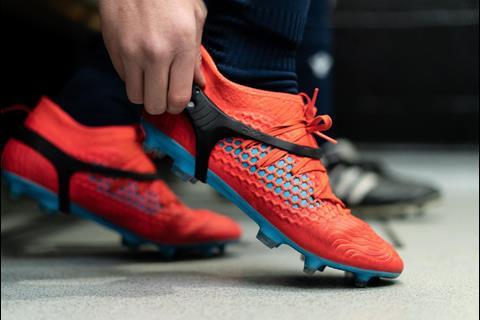 Millwall FC is testing an innovative analysis device called PlayerMaker to provide very detailed stats on each player after a game (see photos taken at a recent Millwall youth tournament above).

The data is available a few minutes after the end of a match and feeds back a huge amount of detail for each player.

Stats includes number of touches, leg use percentage (right vs left), number of one-touch, quick-release and dribbling possession, number of passes and pass completion, number of regains, distance covered, number of sprints and top speed of each player.

PlayerMaker is aimed at enhancing the effectiveness of coaching and training at football clubs.

The system works by a small, ergonomically designed analytics device being strapped onto each players’ boots. It’s a motion sensor with a gyroscope that optimally senses and classifies each foot and ball interaction and each footstep. PlayerMaker says, “The sensor causes no interference when a player kicks the ball or undertakes any other football activity.”

The stats, facts and figures are presented shortly after the end of a game, in a cloud-based app. Coaches can access various graphs and lists through an online dashboard displaying a huge array of data in a relatively easy to digest format. The data can also be quickly compared to previous games to see where improvements have been made.

You can also export the data and incorporate it into video to find specific clips. All the data is integrated with the video clips and synced up on the timeline.

The PlayerMaker insights are based on artificial intelligence (AI) algorithms and machine learning to enable it to accurately identify and distinguish various football moves. The sensor’s algorithm has been trained to play football and recognise passes, kicks and sprints.

PlayerMaker COO Yuval Odem told Broadcast Sport: “The motion sensor has been three years in development and is a real breakthrough, making it possible to replace GPS. We believe it’s the future of smart footwear and will be used across all sports to detect performance and wellness analytics.”

“The algorithms are the core of the tech,” continues Odem. “We collected lots and lots of data, filming 80 players and labelling events such as passes, kicks, jumps, tackles and so on. We’ve added hundreds of thousands of labels of events, and the football movement database has become very accurate via machine learning. The immediacy and accuracy of the data is a major part of its appeal and enables the coach to have the data to support their feedback to each player after each game.”

PlayerMaker is being rolled out in the UK, Germany, Italy and the US and is currently being put through its paces at Millwall FC, Fulham FC and Wimbledon FC. Odem says the company will be “announcing more teams soon, including some big football clubs.”

As well as being used for training, Odem says the data could also further enhance the analysis on television and OTT sports broadcasts. He says: “The future is smart football where everyone can get the data, including sports viewers at home. We’re looking to roll out the same service for cricket, American football and tennis.”