“Thoughtful, entertaining, occasionally provocative and often heart-warming, Muslims Like Us was far more than an Islamic Big Brother.” 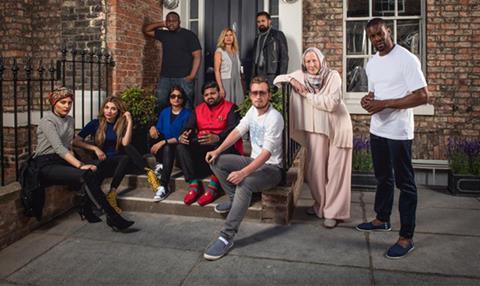 “Including extremist Abdul Haqq was a risky move for the BBC, but what’s the point of showcasing a conversation if you don’t hear all sides of it? Such a television show should not be subject to ‘safe-space’ mentality if edited responsibly — which this intelligent and sharply illuminating programme was.”
James Jackson, The Times

“Thoughtful, entertaining, occasionally provocative and often heart-warming, Muslims Like Us was far more than an Islamic Big Brother. And for all Haq’s attempts to suck up all the oxygen, the real pleasures of this opening episode were found elsewhere.”
Sarah Hughes, The i

“What this programme did was shed light on a section of society systematically vilified for the actions of its Haqq-like loony fringe. Far more interesting were the doubts and dilemmas that faced the other housemates.”
Jim White, The Telegraph

“One day after the Nice attack, with timing that could not be more callous, the BBC launched this calculated attempt to set ten Muslims at each other’s throats. It was a squalid, cheap game, but it certainly succeeded. And the divisions it provoked will run much wider than this one household.”
Christopher Stevens, Daily Mail

“It was a massacre by mouse-click and, in re-enacting Hannibal versus the Romans, taught me how I would deal with a bloodthirsty war elephant. Despite much shouty studio excitement, it was also, as ever, a long haul watching others playing a computer game.”
James Jackson, The Times

“Any attempt to introduce tension into the match was doomed by sheer historical truth. The original battle, with mass slaughter and elephants, must have been quite a spectacle. This one, with Gregg Wallace, wasn’t.”
Matt Baylis, Daily Express

“You didn’t feel Gregg had ever played these games himself — unlike another baldy, Dara O Briain, who hosted videogame battles on a show called Go 8 Bit, shown on Dave earlier this year, and who evidently loves them. The Beeb has hired the wrong boiled egg-head.”
Christopher Stevens, Daily Mail

“Despite the claims in the title, what we saw last night was pretty traditional stuff. Once you’ve seen one bullet caught you’ve seen them all.”
Matt Baylis, Daily Express

“These stunts lost most of their impact because there was no build-up, no sense of occasion. No sooner had we realised that Blaine was performing for Sir Patrick Stewart, than a fistful of cards flew through the air, one stuck to a mobile phone, and the world’s finest actor-who-looks-like-a-boiled-egg was bellowing in disbelief.”
Christopher Stevens, Daily Mail

“His ‘impossible’ feats are still confounding, but it’s now as much about the reactions of his A-list dupes. I wonder how they’ll react when he unveils a live dodo — it’s just a matter of time.”
James Jackson, The Times

When Phillip Met Philip: 60 Years of the Duke of Edinburgh’s Award, ITV

“Schofield’s chats don’t amount to much, in insight or even in time. Seven minutes of interview in total by my watch, which leaves some big gaps in an hour of TV.”
Sam Wollaston, The Guardian

“As he invariably is, the presenter Phillip Schofield was charm personified. But there is not much he can do if allowed no more than five minutes with his subject, spread across a year. Brief encounters which the Duke clearly did not much relish.”
Jim White, The Telegraph