The documentary, from Westwood director Lorna Tucker, combines new and archive footage to shine a light on the difficult reality of life for Hepburn, the fiercely private star of films including Bringing Up Baby, The African Queen and The Philadelphia Story. Hepburn remains the actress with the most Academy Award wins of all time. 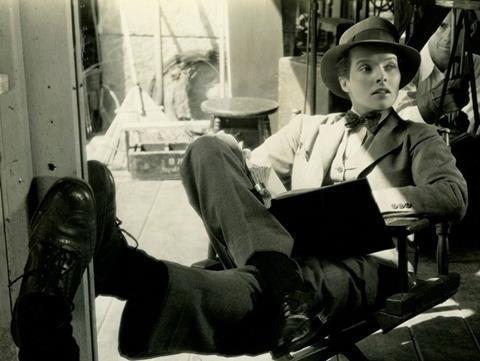 Netflix has acquired Call Me Kate for the US and Canada, while Sky has pre-bought it for the UK and Italy. Elsewhere, Swedish VoD, TV, theatrical and DVD outfit Lucky Dogs has taken it for Scandinavia.

London-based Abacus Media Rights is handling worldwide sales with financing from Head Gear Films. Abacus has taken over from Embankment, which initially boarded sales in 2020.

The film is slated for a spring 2023 release, to mark the 20th anniversary of Hepburn’s death, with the shoot taking place in the US in Connecticut and New York, and in London.

Call Me Kate is produced by Nick Taussig of Salon Pictures, the production outfit behind McQueen, Audrey, This Is Joan Collins and BBC Scotland-backed Killing Escobar.

“I so wanted to make this, because it is a film for the outcasts, the misfits, the girls and boys uncomfortable in their own skin, who don’t conform with traditional expectations. It is the universal story of how — like Kate — we must be true to ourselves, not the forces that shape us,” Tucker said.