TV Critics: No More Boys and Girls; Milton Keynes and Me; Saving Lives At Sea

“Cynical viewers might have rolled their eyes at the stereotypically BBC-ish political correctness of the premise but this was provocative and engaging fare.” 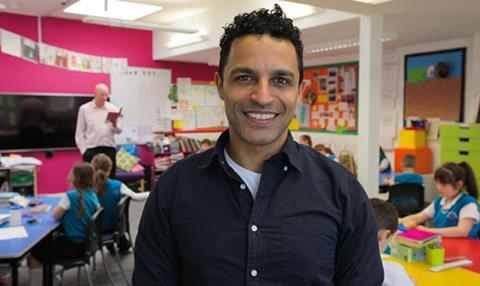 No More Boys and Girls: Can Our Kids Go Gender Free?, BBC2

“A title like that might make you want to stick your head through a wall, but hold on, because this turned out to be an intriguing experiment — one possibly of real value — into finding ways to level out boys and girls’ ideas of what they can achieve in life.”
James Jackson, The Times

“Cynical viewers might have rolled their eyes at the stereotypically BBC-ish political correctness of the premise but this was provocative and engaging fare.”
Michael Hogan, The Telegraph

“From its title No More Boys and Girls sounded more like yet another investigation into gender dysphoria, or boys will be girls will be boys, and so on. Instead, it was a very forcefully argued proposition by Dr Javid Abdelmoneim that the inequality at work begins in childhood. This is hardly a new idea but is timely.”
Gerard Gilbert, The i

“The title is far more fiery than anything contained in the programme, which isn’t even vaguely about questioning gender identity. This two-part documentary is actually a rather gentle social experiment.”
Rebecca Nicholson, The Guardian

“It was hard to believe we were seeing every nook and cranny of Javid’s sample class. My son’s only contains seven more pupils but among them are girls who excel at football and boys who prefer drawing. They also, importantly, don’t wear boys’ and girls’ uniforms, something this experiment seems bizarrely to have overlooked.”
Matt Baylis, Daily Express

Milton Keynes and Me, BBC4

“Milton Keynes and Me was a terrific documentary with a meandering structure at odds with the rigid specifications of the Sixties town planners. What this documentary showed was that, ultimately, we all strive to be like everyone else.”
Ben Lawrence, The Telegraph

“It seemed, all in all, such a thrilling place that you wondered where all the mean comments came from, the sneering about the fake cows and the dullness. Was it sheer jealousy from outsiders, or from insiders, who had realised the reality couldn’t match the dream?”
Matt Baylis, Daily Express

“Great documentaries have important lessons to impart. They educate and enlighten us — and Saving Lives At Sea had much to teach.”
Christopher Stevens, Daily Mail