“We look for an ability to express enthusiasm for the role, a fundamental understanding of it, and a surprising insight into how they would do the job within the company.” 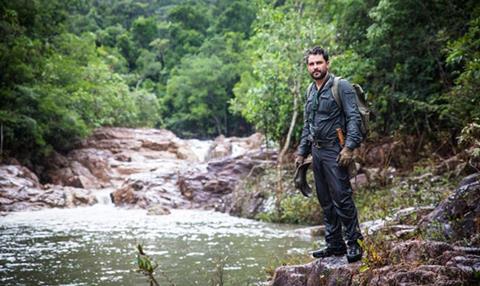 We look for an ability to express enthusiasm for the role, a fundamental understanding of it, and a surprising insight into how they would do the job within the company.

People should not just be put in a box with a job label on it. They blossom and grow if they see themselves not just as a title, but as a vital part of an interdependent, fundamentally creative Heath Robinson production machine.

Giving them freedom to operate in their own style helps them, and the company, to flourish. The odd mistake is no bad thing – it’s how its managed and learnt from that is important.

Suzy Burnet joined October as a production co-ordinator and was promoted to production manager a year later. She has a knack of knowing what every part of the company is doing, making connections and seeing where help is needed before it’s even asked for.

We offer apprenticeships on the back of a work experience placement of up to two weeks. We also sponsor the annual Imperial War Museum Short Film Festival and have a placement for one winner. Two out of three of them have worked with us in longer-term positions: one is now a very successful director and we have offered the most recent one a placement with us.

What one thing could make October a more attractive place to work?

The physical environment. Cramped conditions as we grow creates a rather chaotic environment. We are taking on more space so that people won’t be desk-hopping/ sharing and teams can sit together. We’ll add more private meeting areas and open breakout areas to sit away from desks for meetings and brainstorms.

We’re adding 20 more offline edit suites, which will prevent the execs having to travel to and from the office and post house.